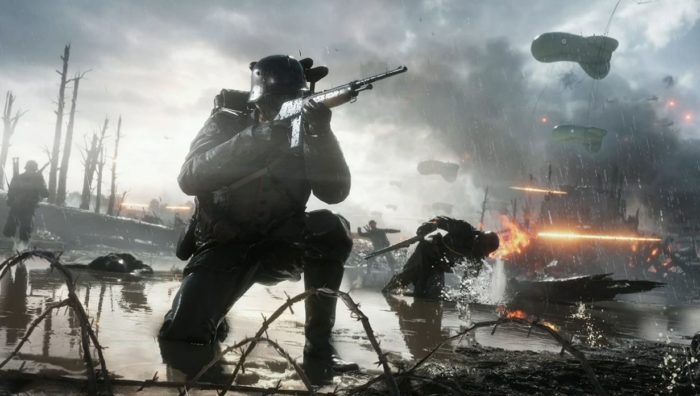 It’s become pretty clear by now that Battlefield 1 is an intensive, sometimes outright scary game which doesn’t hold back on portraying the horrors of World War 1, but one player has taken that immersive power even further.

A video by YouTube user Billyboyjennings shows what the game looks like when all the user interface visuals are scrapped, and the entire screen is bathed in an almost black and white hue.

As you might imagine, the resulting experience looks more arresting and genuine than ever before.

Take a look for yourself below.

The footage is gameplay from the multiplayer portion of Battlefield 1, during an Operations match set in trenches of the St Quentin Scar map.

Without any visual cues, however, this looks like it could easily be part of the game’s campaign, and it’s hard to even tell whether Billyboyjennings manages to kill anyone during the nine minutes of the footage.

As a result of this visual change up, a renewed focus is pushed towards Battlefield 1’s sublime audio, which feels even more important and dramatic here.

Although you aren’t able to adopt this colour scheme using any in-game options, DICE does let you tinker with the user interface features for Battlefield 1 on any of the available platforms, so be sure to check them out if you want to immerse yourself even further.