When you’re inside the walls of Arkham Asylum, Joker says you need to be free so that you can “continue your collision course with Lady Arkham.” He’ll tell you that the best way for you to escape is to use the phone and to make a phone call. A phone call to the right person is all that you need to get out of this place. Of course, in return for this information, he wants you to owe him a favor after being released from Arkham.

If you agree to this, Joker will remember this and smile a bit maniacally. Nothing is really revealed as to what the favor may be, but our guess is that this will all come to light in the final episode.

Telling Joker that he’s never going to get out of the Asylum and rejecting him of his favor sees him also remember your decision, but doesn’t lead to a major change at this moment in time. 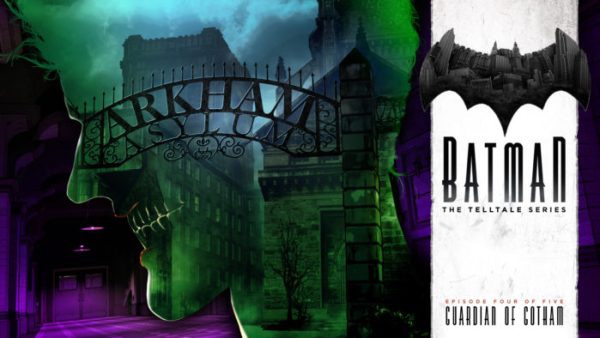 In order to help you get out, Joker will set up a distraction in Arkham Asylum’s recreation room. By slashing a mark into the side of Zsasz’s face, the murderer goes into a bit of a frenzy and will try and murder the guy he was just playing Chess with. As he grabs the knife from Joker, you have two options. You can either choose to break up the fight and stop the chaos from ensuing, or you can make good use of this distraction and make a phone call to try and get yourself out of this mess.

If you choose to break up the fight, you’ll still end up getting out of Arkham Asylum. The Superintendent will feel you’re causing too much trouble and that you’re too much of a risk considering you’ve been there less than a day and been involved in two fights. Alfred will pick you up and you’ll be taken home.

If you choose to make a phone call, Zsasz will kill his opponent as you make a break for the phone call. You can then choose to ring your lawyers, or use a connection you have with Gordon. Either way, you’ll end up being set free in the next chapter of this episode. As you walk back over to the gate to the rec room, Joker will tell you to “ask the Vales” about Vicki’s whereabouts and where the drug stash may be. On your way back from Arkham Asylum, Alfred will have to pull the car over for Harvey’s security. They’ll tell Bruce that they need to search the car and that they don’t need a warrant due to Harvey’s recent ruling that they have the power to search anything they want whenever they want. Just as you’re talking to the enforcer, a few members of the public will also head over and start shouting abuse at you. At this point, you have two options. You can either pay off the enforcer to get through their barricade, or you can get Alfred to floor it through the barricade and escape without having to pay a penny.

If you choose to pay off the enforcer, you’ll get back to Wayne Manor without a hitch. The same thing also happens if you ask Alfred to ram through the barricades. Though these may ultimately have an effect on something in episode five, this didn’t seem to be all that important in relation to the rest of the episode. 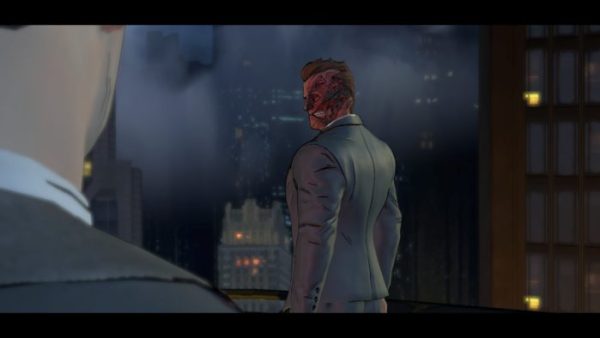 Upon returning to the Batcave after the events of chapter three, Alfred will change the channel midway through a call you were having with Lucius Fox. A news report shows Harvey Dent making an announcement that the entirety of the Wayne Estate must be relinquished and handed over to the state within 24 hours so that it can be used for the good of the people of Gotham. Clearly losing his mind, you decide that you need to go and visit him, but as which of your alter egos will you choose?

Going as Batman will see the conversation initially looking like you might be able to sway Harvey, but after a while, he’ll snap and say Bruce was just another curveball the city threw his way. After he destroys the city block, he’ll make a comment on how he went over Gordon’s head to find the whereabouts of the drugs and that something has happened to him. You’ll hang him off the edge of the building and interrogate him to find out where his enforcers have taken Gordon. Dent will then be against you, even if you saved him in episode two. You’ll then head to Crime Alley to save Gordon and he’ll let you know that Dent already had the information before he got back to the precinct.

If you go as Bruce, you’ll have a conversation with Harvey, but your betrayal of him in episode three will lead him to still blow up the city block, continue the seizure of your assets, and then have his enforcers take you down to Crime Alley to kill you. Gordon will appear at the last minute and save you. After offering your thanks, you’ll disappear off. 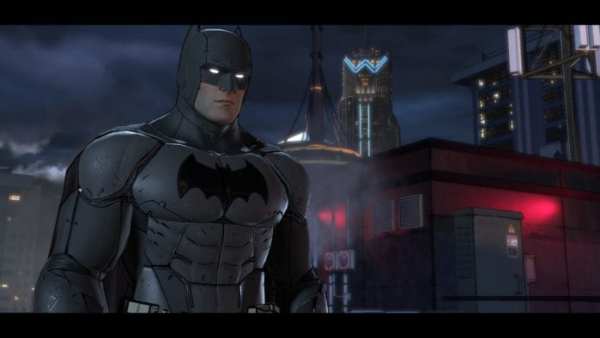 After visiting Dent on the rooftop, you’ll start making your way back to Wayne Manor, only to be told that Cobblepot has already started hacking into your system. If you leave it much longer, he’ll have full control of the Bat computer and things could go horribly wrong. Just after Lucius tells you this, Alfred will ring and let you know that Dent is already outside Wayne Manor. If you don’t head back right away you might find that it’s not in the best state when you eventually do return.

If you choose to go to Wayne Enterprises, you’ll have Lucius helping you from the inside of the system all the way. He’ll help you make your way up to Cobblepot’s office, and at that point, the tussle will begin. You’ll fight with Cobblepot, destroy his machine that was hacking your systems, and try and talk some sense into him about being a pawn in the plans of Lady Arkham. As the episode finishes, you’ll see Cobblepot hanging from the ceiling in Wayne Enterprises, before the camera switches to Wayne Manor. It’s on fire, and Dent is responsible. Your job just got a lot harder in episode five.

Heading to Wayne Manor will see you going toe to toe with Dent. Alfred will be armed as Dent bursts into Wayne Manor and will try and turn the intruders around. Batman will try and use a drone to set up his plan on taking everyone down, but with Cobblepot still hacking your system, it falls to the floor and is unusable. Instead, you stealthily take care of one guard while Alfred shoots another in the leg. Your showdown with Dent then begins. You’ll take care of his goons first while he opens a suitcase which just so happens to have a giant Tommy Gun in with explosive slugs. Eventually, you’ll get caught by Harvey’s enforcers and rather than letting them do the dirty work, he’ll want to take care of you himself. As he approaches you with the Tommy Gun aiming down at you, Alfred will shoot him in the arm, distracting him and buying you a bit of time. Dent will then flip his coin to decide whether to shoot Alfred in the head or the heart. Meanwhile, Batman is activating a supersonic pitch to bring a ton of bat to his position. Batman throws a Batarang into the mechanics of the Tommy Gun, setting it on fire and allowing for the battle with Dent to continue. You’ll finally have him pinned down and he’ll then be arrested by Gordon. You’ll have the option to either send him to prison, or send him to Arkham Asylum instead.

After this, you’ll find yourself in the Bat Cave and the whole Bat computer will be alerting you of a firewall breach. With all of your Bat-tech linked to the computer, you have no other choice but to cut through the hardline and lose all of your technological assets.