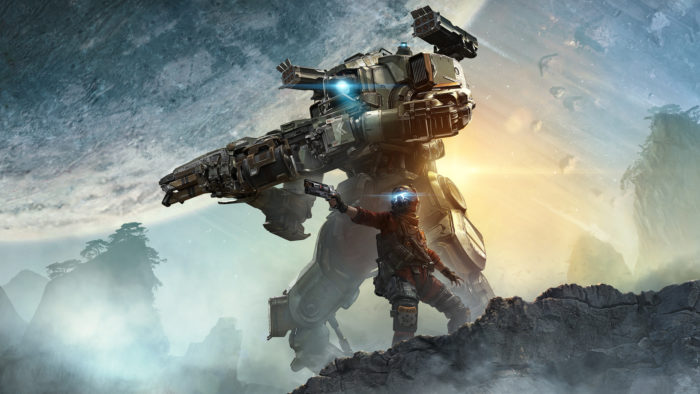 2016 has been an incredible year for first person shooters. The year started out a bit slow, with no noticeable releases, but they quickly started to come out and redefine how we view shooters. We’ve gotten the chance to play through fantastic single player campaigns and partake in stellar multiplayer suites, each with their own strengths and style. But what makes this year’s FPS offerings so much better than those of previous years?

Let’s start with DOOM. Many were skeptical when the reboot of Id’s seminal series was announced. The gameplay of the older titles just didn’t mesh well with newer FPS qualities. But Id wasn’t trying to bring the series up to date with Call of Duty; it set out to create something entirely different. It wasn’t trying to go toe to toe with modern shooters, but rather bring the hectic gameplay of ’90s shooters to modern gamers, adding several improvements to make it more enjoyable in 2016.So what we got was a fast-paced, brutal single player campaign that tasked the player with dodging enemy projectiles, quickly traversing immaculately crafted areas, and eviscerating every demon standing in your way.

It was an absolute joy to play through. From the moment you start blasting apart Imps with the shotgun and ripping the Cacodemon’s eye from its rotund body, it’s clear that the new DOOM is something special. It’s an FPS ripped straight from the ’90s with a fresh coat of paint, cementing it as a true standout.

Every weapon felt great to wield, and the game was stingy enough with the ammo that you were forced to cycle through your arsenal, picking the best tool for dismantling the enemies staggering towards you. This, coupled with the brutal kill system that restored health and ammo, gave the game a unique pacing that never fell flat throughout the entirety of its story. The narrative it wove was interesting enough, keeping the pace up and leading you locale to locale.

The multiplayer was nothing special, but the incredible single player campaign made everyone rethink how FPS games tackle their story modes. DOOM’s is a campaign that is fun to its core, letting players simply tear through hordes of grotesque enemies, feeling the power surge through them as they rain down hellfire.

In the same month, we got Overwatch, which was an entirely different kind of FPS. Multiplayer only, class-based, and full to the brim with interesting characters, each with unique abilities and tactics, it reinvigorated my love in multiplayer games for the summer.

I immediately started toying around with the cast of characters, learning the ins and outs of each, what situations they are best in and how to combine their abilities. It was a breath of fresh air from Call of Duty and Battlefield. And the focus on multiplayer ensured that there was only one way to hone my skills, and that was by hopping online into the chaotic fray that is Overwatch’s multiplayer. It may not have lanes or minions, but it has qualities similar to those of a MOBA, especially when it comes to forming a team and knowing how to take on every hero. And combining these with the frenetic action of an FPS is a unique mix of genres.

Sure, the gameplay is addicting and constantly surprising, but the thing that originally drew me to the game was its characters. Each one has their own boisterous personality, imbuing every second of gameplay with a color that is lacking from many other modern online shooters. There’s a reason it’s become such a phenomenon in such a short time. It’s something different, which is exactly what the genre needs. The last two games that made real impressions on me this year aren’t exactly something new, but they are examples of pure polish and mechanics.

Battlefield 1 is still among the best shooters to release this year. It’s still very much a Battlefield game but this doesn’t dilute its achievements in any way. The transition to WW1 was handled incredibly tastefully, giving players a sense of the brutality that is one of the largest conflicts known to man. And this is done so well because the team at DICE wasn’t content to create a story with one primary character when the war was fought on so many fronts and included so many different races and ethnicities. So instead of one solid story, the campaign is broken up into short vignettes, each telling a different story during a different part of the war.

Each new character has his or her own story to tell, unique weapons and vehicles to wield, and locales to stomp through. The destroyed beauty of it all is astonishing to behold and not only offers fantastic moments and stories, but fun gameplay to get lost in. The multiplayer is much less of a revolution, refining the Battlefield formula that had succeeded up until this point. But the same sense of tension and atmosphere exists in the game’s online arenas. Because of this, the reverence that WWI deserves is present throughout the entire experience. But EA also released another shooter this year that tackles the opposite site of the genre spectrum.

Titanfall 2 has only been out for a couple of weeks but I still find myself trying to sneak in a couple of matches every day. The story is good, melding mobility with fast-paced firefights and epic robotic clashes. But what really stands out is the multiplayer.

The freedom of movement in Titanfall 2 is exhilarating. It’s a true show of how to create a competitive FPS where all combatants aren’t tied to the ground. CoD toyed with the idea but ultimately hasn’t been able to use it to full effect. In Titanfall 2, you can be sprinting on the ground, dodging the footsteps of the Titans that battle around you, and take to the air in an instance, running along a wall or clambering up a ledge. There is a constant sense of forward momentum.

The guns feel great, the maps are well crafted to take advantage of mobility, and taking on a Titan, even if you aren’t in one yourself, feels well-balanced. It’s a familiar kind of first-person combat but on a larger scale.

None of these four games revolutionized the way we play first person shooters, but they certainly moved the genre forward. The industry was quickly moving towards multiplayer only shooters, and 2016 proved that a good single player mode can go a long way. I had an incredible amount of fun working my way through expertly crafted levels, gunning down hordes of AI enemies, and marveling at a scale that is missing from the multiplayer modes of most titles.

More than anything, 2016 is the year that truly had a shooter for everyone. Want a fantastic single player with a ’90s mentality about movement? Pick up DOOM. Want a class-based multiplayer title that features a colorful and diverse cast? Overwatch is for you. Want a title with a unique single player and large-scale, fast-paced multiplayer? Honestly, either Battlefield 1 or Titanfall 2 will do the trick.

Regardless of what you think of these four titles, it’s difficult to deny that 2016 has brought the FPS genre back to life in a way that no one could have foreseen. The genre is now healthier than it has been in years, and hopefully 2017 is as generous to it as this past year has been.