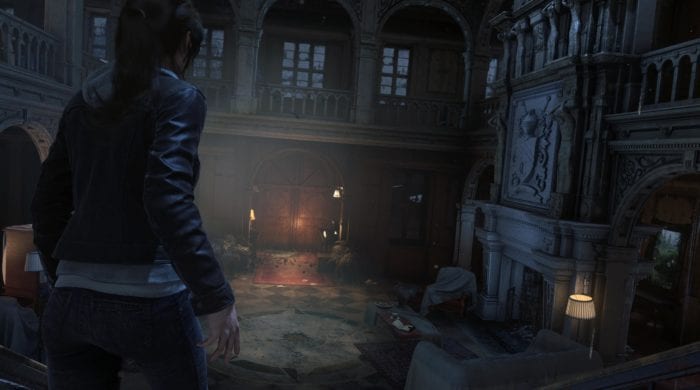 Rise of the Tomb Raider is finally arriving on the PlayStation 4 next week, in the form of a 20 Year Celebration edition which comes packaged with a bunch of new features, one of which is a brand new mode exclusively for PlayStation VR owners.

Today, Crystal Dynamics showed off some gameplay from the “Blood Ties” VR mission, in which Lara Croft must explore Croft Manor and uncover her family’s darkest secrets.

The gameplay was shown off in a feature on IGN, with Will Kerslake – the lead designer working on Rise of the Tomb Raider – also explaining some behind the scenes details about the development of Lara Croft’s first virtual reality experience.

You can check out the entire thing in the video below.

Those who own a PlayStation 4 but haven’t been able to acquire a PlayStation VR headset – which also doesn’t officially launch until next week – need not worry.

The “Blood Ties” mission will be playable in a standard mode, which adopts the more classic third-person format that Tomb Raider fans are used to.

Rise of the Tomb Raider: 20 Year Celebration is due to launch for the PlayStation 4 on October 11th worldwide.