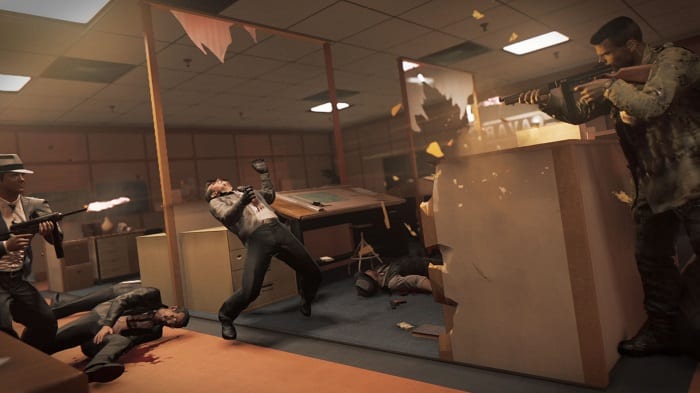 Update: Deals below are refreshed now that Mafia III is released.

We’re just days away from the October 7 release of Mafia III and the price has taken a surprising tumble on PC with an up to 24% off discount on the PC for those in the UK. PC gaming retailer GMG has launched a new coupon code making an impressive price drop. Save either $15 on the Standard Edition or pricing the Deluxe at the same $60 if you forked over the list price on Steam.

On console discounts aren’t as easy to come by but Gift Card bonuses are available at Microsoft and Best Buy. The Microsoft Store is hawking the Xbox One Download Code of Mafia III with a bonus $10 Gift Code that can be used for future purchases on Xbox Live. Microsoft’s Digital code arrives via email instantly and can be plugged in for pre-load.

Brand new this week at GMG they started selling PlayStation 4 download codes at a 5% discount. While not a huge price break, it’s the only price break out there right now from one of the most popular digital retailer online. GMG is only selling PS4 codes to US customers (region locked keys to US only). For the PC deal, the inverse is true as Mafia III‘s discount is only available to those in the UK/EU. Prices above are shown in GBP and you’ll be presented with your respective EU pricing after coupon. The discount is as high as 24% off for the UK!

Best Buy is also a way to snag a $10 bonus. If you’re a free My Best Buy Rewards member you’ll get $10 to spend on future purchases if you buy either the Standard or Deluxe versions of the game through them. You’ll also be prompted to join Best Buy’s Gamers Club Unlocked program, which is good if you buy a lot of pre-order or newly released video games. GCU will cost you $30 for a 2-year membership and should you buy it, you’ll get 20% off Mafia III.