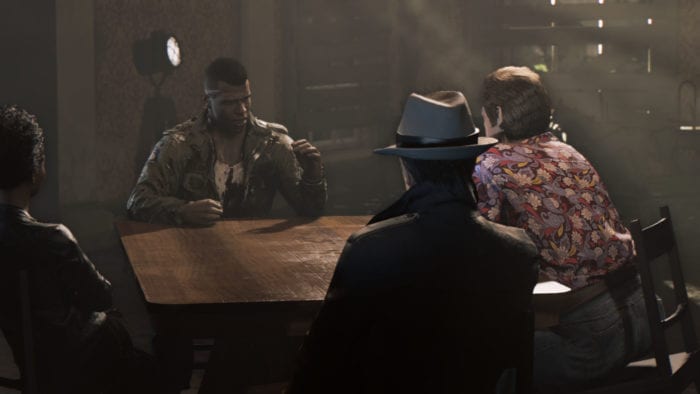 Before Mafia III releases this week and takes players to pseudo New Orleans, Hangar 13’s Hayden Blackman took the time to discuss original ideas for the game when the studio began throwing out ideas.

As the studio began to formulate the character who would eventually become Lincoln Clay, other main characters were thrown out. Said characters included a low level Mafia enforcer who “found himself in the wrong place at the wrong time,” a “fixer” who handed any problem the mob handed to him, and a crooked cop. One early version of the game also had the protagonist returning to Empire Bay from Mafia II, and another took the protagonist to multiple cities that were smaller than what would eventually become New Bordeaux.

As Blackman says, any of the early ideas would’ve been a good crime drama, but they didn’t feel the combinations were “quite right”. It took the entire studio holding up all of their ideas through a filter–can the city be a main character and iconic, will the time period be a different tone–and 1968 New Orleans jumped out at them. None of the other protagonists they came up with felt like they fit the location, which eventually led them to Lincoln. Him being a member of the Black Mob allowed Hangar 13 to “explore not only the themes of organized crime, but also issues of race in the South in 1968.”

We’ll figure out if Lincoln’s story works when Mafia III comes to the PS4, Xbox One, and PC this Friday.