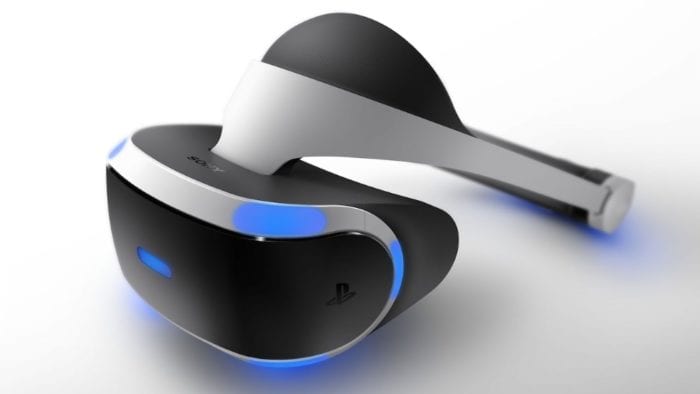 This week is a big one for Sony and the folks over at PlayStation. Over the past couple of years, several companies have cast their lots and placed their bets on virtual reality as the future of gaming. 2016 finally saw those visions come into fruition with the PlayStation VR headset.

While Sony celebrates reaching this milestone of gaming technology, there is one company that has taken a notable pass on the current rush: Microsoft. The Xbox One doesn’t have a VR option at the moment. In fact, fans will have to wait until the end of 2017 for the Project Scorpio, a much more powerful console that will be VR ready right out of the box. For the time being, though, if Xbox owners want to delve into the new market of virtual reality, they’ll need to splurge on either a PC alongside one of the available headsets, purchase a PS4 and PSVR, or settle for mobile VR (which is an experience quite different).

To some, this sets up an opportunity for the PS4 to pull ahead of its competition, introducing new technology to the over 40 million PS4 owners. Then there’s the Pro, Sony’s own beefed up console that will further enhance the PSVR’s capabilities. It’s as if Sony set up all their dominoes in perfect order and are ready to watch them fall while the Xbox team over at Microsoft simply sits back and watches. But is that really the case?

It’s easy to view PSVR as a head start. Sony will bring in every console player who is even remotely interested in the new technology at a bargain price compared to the costs of other headsets on the market. New technology always has a way of captivating even the most skeptical of players, and Sony is providing the easiest entry point. It also adds an entire new genre of exclusive possibilities to the PS4 library. For example, the recently released Rise of the Tomb Raider: 20 Year Celebration has exclusive PSVR interactivity within the Croft Manor section of the game, allowing players to finally feel as if they’re standing in a piece of video game history. There’s also the exclusive Batman Arkham VR, a Final Fantasy XV VR experience, and a wide lineup of titles on the way. It’s tough to compete against a larger library, especially when it’s against competition that has had a more steady string of exclusive releases from the beginning.

However, more isn’t necessarily better, and being first doesn’t always mean you’ve won the race. Virtual reality is still in its fledgling stages. The major headsets in this space began releasing just a few months ago in Spring 2016, and there are still ways to go as more consumers get their hands on the devices. Bouts of sickness, new complications that come with designs and sizes of play rooms, graphical fidelity (which will certainly increase over time), and the inevitable bugs that always seem to plague new tech are all on the horizon for the PSVR.

As for the lineup, players will be subjugated to a lot of experimental software, with far too few offerings fully fleshed out. Motion controls went through this a few years back, with many games shoehorning in the mechanic with very little rhyme or reason. Creating worthwhile VR experiences is no simple task, and that’s been proven already with only a handful of games really impressing both critics and the public. So yes, PS4’s library is about to be a lot larger than that of the Xbox One, but a lot of it will be shovelware that exists for the sole purpose of filling up the PSVR section of the PSN storefront.

In that regard, what Sony actually has in front of them is a heck of a lot of work. While it is good to get out there and start gauging player experiences, it’s a rather expensive endeavor that will prove to be quite risky. The company and the PlayStation brand has a lot riding on this gamble. If virtual reality proves to have more lasting power than motion gaming, then this will certainly pay off big. But, if it eventually fades into another gimmick, despite Sony’s promise to support the hardware, then it will wind up taking space in a warehouse somewhere, forever gathering dust.

You could actually say this is an advantage for Microsoft and the Xbox. They have a VR plan that will come to light sometime next year, so they can use this time to study, learn, and adjust to what the market wants. All of the testing they need is going on right now as the PSVR reaches homes around the world. Seeing how Sony reacts to the public, what games they put out, what deals they make, and more will help the Scorpio have a much smoother transition, devoid of those first time woes.

If, however, virtual reality proves to be more than a passing fad in the coming months, though, then Microsoft may indeed be in trouble. It’s going to come down to what developers can do with the hardware and technology. Either way, the team over at Xbox has found new success in just doing their thing, so it’s definitely too soon to be worried.