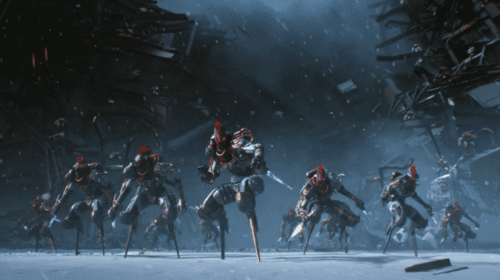 Destiny’s raids have always been all about teamwork and communication, and Rise of Iron’s Wrath of the Machine raid was no different. However, YouTuber and streamer ScaRdrow has managed to beat the raid’s final boss, Aksis, all by himself. You can check out his successful solo attempt in the video down below.

ScaRdrow played as a Warlock with the Sunsinger subclass equipped, and was at 399 Light – with the solo challenge being as insanely tough as it is, it’s probably best to try to be as close to the current level cap as you possibly can. One of the key mechanics that helped him complete this challenge, as noted in ScaRdrow’s reddit post, was being able to use melee attacks on Aksis even while shooting him. This allows you to get more damage in, which is crucial, as you have to be able to hit certain DPS thresholds before time runs out, and you completely wipe in the fight.

Aksis also has teleportation moves, and normally, a six-man team would have their Empowered teammates slam the boss each time he teleports to a new location. ScaRdrow managed to nail the slams by observing a red blue that Aksis leaves behind with each teleport, and predicted the locations that the boss would appear at. It sounds easy on paper, but it’s pretty amazing to watch.