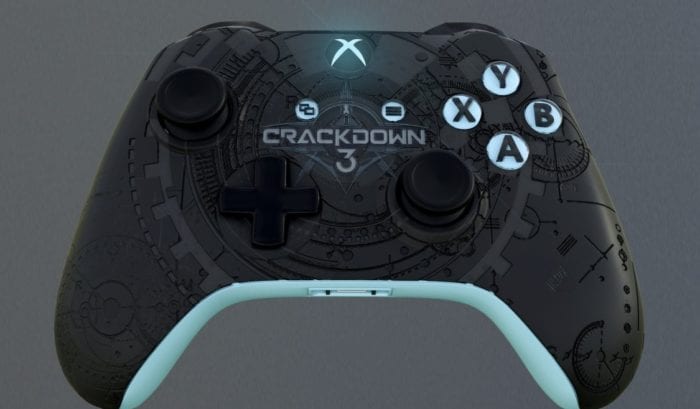 The gaming community is able to create some awesome stuff, like a remake of an old video game, or in this case, Crackdown 3 themed products. Even though the open world shooter isn’t out until next year, fan Tom Thomson decided to use that time to create an Xbox One controller with the techno skin of the game. Check it out below.

If that looks awesome, Thomson also took the time to create a themed Xbox One S, after having already made a themed version of the original system earlier this year.

It’s too bad that this isn’t something that you can just buy (at least, for now), because that’d be pretty cool to turn on and off. Like the Halo themed Xbox One, the sound effect of turning it on could be the “bing” that comes when an Agent grabs an Agility Orb. Ah, well. For more of Thomson’s themed work, just go and check out his Twitter. He’s done stuff for Dishonored 2, Scalebound, and Sea of Thieves.

Crackdown 3 comes to the Xbox One and Windows 10 sometime next year.