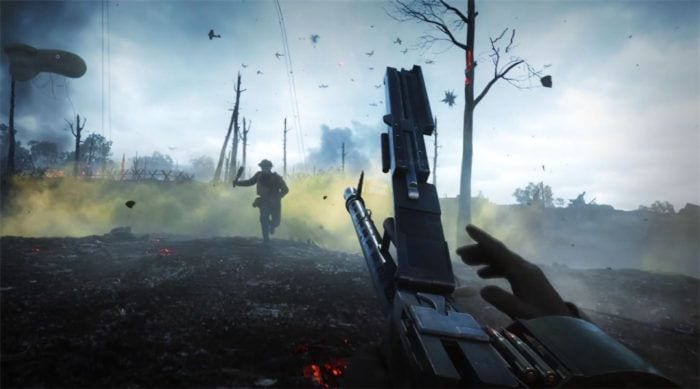 Let’s face facts, there aren’t many things quite as satisfying as pulling off a grenade kill in an online multiplayer shooting game. And a certain Battlefield 1 player has pulled off one of the best grenade kills we have seen in a long time.

Uploaded to YouTube by user Jboi, the player decides to teach the enemy team a lesson in spacing. Hiding behind a doorway, he begins to open fire against the unsuspecting first team member, who is then quickly followed by an array of fellow teammates bursting out of the building. The player bides his time, waits for them to be nice and huddled up, and proceeds to blow them all to kingdom come. This results in a brutal yet hilarious sequence of screams and flying corpses in a multi-kill to remember.

Battlefield 1 released last week on Oct. 21 on PlayStation 4, Xbox One and PC. The game is doing well out of the blocks in terms of sales, managing to outsell both Battlefield 4 and Battlefield Hardline week one sales combined.