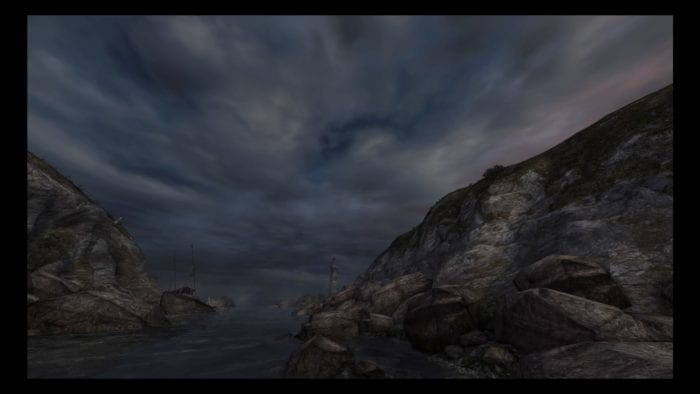 Dear Esther: Landmark Edition sees the narrative-driven game make its way to consoles for the first time. Starting off as a mod for the Source engine back in 2008 before being remade into a retail title in 2012, developer The Chinese Room has now ported the game onto the Unity 5 engine to bring it over to consoles.

Unlike most games that have been ported over to the current generation of consoles, unfortunately, Dear Esther hasn’t seen much of a visual improvement and is not listed in The Chinese Rooms list of new features and additions. Instead, players will reap the benefits of playing on consoles in a number of different areas instead.

While the visuals may not have got a touch-up, the audio has been remastered meaning Jessica Curry’s orchestral score will sound better on consoles than ever before. Accompanying the remastered audio is also a brand-new developers commentary with Curry, Rob Briscoe, and Dan Pinchbeck. The commentary will likely discuss the story, setting, and also the development process of the game. In other words, if you’re a fan of The Chinese Room’s work, you’ll likely want to give it a listen.

Other than that, the Landmark Edition only brings minor changes to the PC version. More accessibility options such as larger subtitles, brightness sliders, and controller sensitivity among other things have been thrown in, as well as more menu and subtitle languages. Oh, and don’t forget about the trophy and achievement support, too.