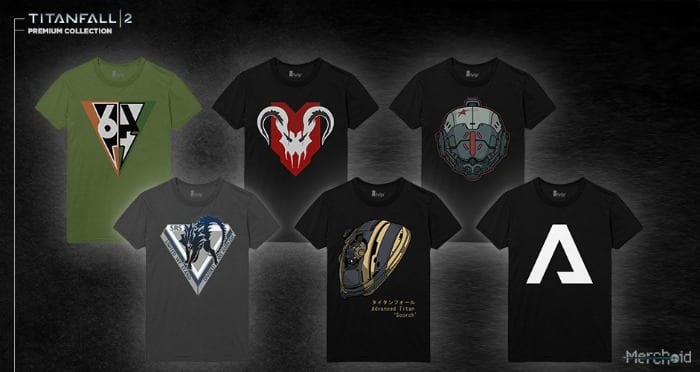 Have you ever wanted to wear a bomber jacket that made you look as though you were a veteran of the wars taking place in Titanfall 2? Thanks to clothing manufacturer LevelUp you will now be able to live out that rather simple dream.

The company has listed several pieces of clothing that are all emblazoned with branding from Titanfall 2. The pieces include the aforementioned bomber jacket as well as several t-shirts that carry the logos of different factions found in the game.

The entirety of the clothing line is being offered up on the Merchoid website and you can head there now to place your preorders. You’re going to have to wait a while in order to get that $59.99 bomber jacket though. You can get in line to get that or the t-shirts and hat, which are all selling for about $24.99 a piece but the Titanfall 2 clothing line won’t be shipping until mid-November.