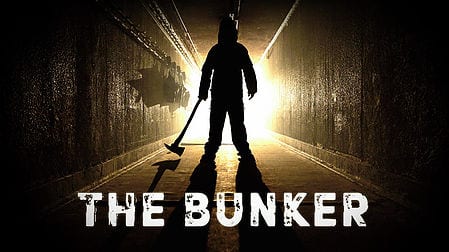 Developer Ben Tester from the UK, along with the development team at Wales Interactive, have announced the coming release of The Bunker on PlayStation 4. A point-and-click, live-action psychological horror game, the trailer of The Bunker is a little frightening. A description of the game’s plot is given on the PlayStation Blog:

In The Bunker, you play as John, a boy born in a secret nuclear government bunker on July 3, 1986 — the day the bombs fell. Thirty years later, everyone you knew and loved has died. You are the last remaining survivor. Your existence consists of following the rules and sticking to the routine, but when an alarm is triggered, your mind begins to self-destruct. You must venture deeper and deeper into the bunker, discovering long forgotten zones and uncovering dark, repressed memories that finally reveal the terrible secret of the bunker.

Filmed in full HD, we’re bringing you a cinematic experience in which you’ll navigate around the bunker with traditional adventure style point-and-click gameplay. You’ll solve puzzles, search through documents and recordings, and collect childhood items to unlock John’s suppressed memories. You’ll experience a complex, twisting plot written by the award-winning screenwriters behind The Witcher, Broken Sword and SOMA.”

This sounds like a compelling story. Furthermore, given the critical success of Her Story, a live-action mystery game that came out in 2015, this proves that live-action might be a genre that is catching, and a new way to tell enthralling stories in video games. Plus, given the fact that the game shares some writers with The Witcher, a series heralded for its storytelling, this game might be worth checking out.

While there are no details regarding the price of the North American release, the game will be coming out in September. Keep checking back for more details on The Bunker.