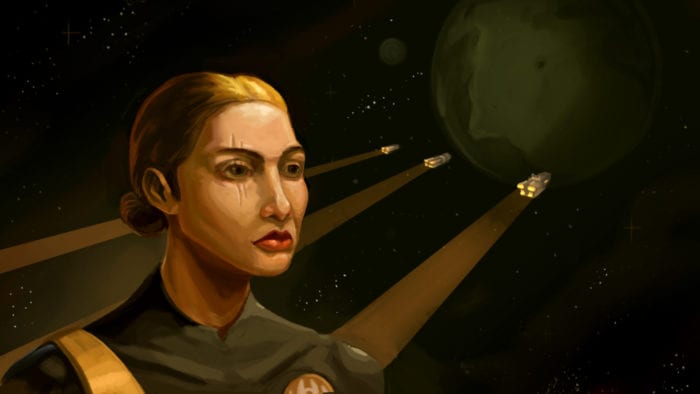 If you consider their roots in board games, strategy games are likely one of the oldest style of games on the market. With such history, it can be difficult for modern titles like Halcyon 6: Starbase Commander to really stand out. A spacefaring adventure with a rich world and tons of things to do, Halcyon 6 is a complex game that does an admirable job of tying its many pieces together in a coherent way.

Halcyon 6 focuses on the distant future, where mankind has discovered ancient technology left behind by a now-vanished alien race. Among the most valuable of these relics is the run-down starbase called Halcyon 6. Players will be tasked with repairing and improving the base, managing the production of resources on nearby planets, building a powerful fleet of ships, and defending against attacks from pirates and other unsavory creatures.

When you first start up, Halcyon 6 offers a tutorial that’s a pretty solid run-through of all your basic operations. Even if you’re the kind of player who prefers to dive in headfirst, this brief yet helpful guide is all but required if you’re going to succeed. With so many different pieces, it can be easy to get lost within the game’s many systems, so getting the rundown on how to approach them is key if you’re to have any hope of standing against the looming alien threat.

Of course, with so many moving parts comes a way to manage them, and this is where Halcyon 6 may be a bit overwhelming. Menus surround the main screen, with three corners of your screen containing different yet equally-important things to monitor and direct your journey. This user interface can be a pretty cumbersome, however once you start to get the hang of it, it’s nice to have so many of your necessary features available at your fingertips.

Halcyon 6 isn’t just about managing things from the high-level galaxy map, though. Researching new technologies, promoting officers, building and maintaining fleets, and combat both among the stars and on the ground all play equal parts in the overall experience. Diplomatic and militaristic approaches are both available to deal with many of the game’s threats, and players are going to have to develop plans, react to emerging situations, and keep things moving forward to succeed.

Its complex strategy elements, tactical-focused combat, and randomly-generated world all come together to make Halcyon 6 a busy yet approachable title. Veteran strategy gamers are sure to find plenty to love, and the game’s helpful tutorial and adjustable difficulty mean that even less-experienced players can still enjoy it as well. It can feel a bit overwhelming to anyone with who hasn’t dug into strategy-focused titles in the past, but it may still be worth a look.

All in all, Halcyon 6: Starbase Commander is a deeply-involved game with a huge number of things to keep players busy. With a freshly-generated map and sequence of events for each new start, the experience is ever-changing and presents a wide variety of ways for players to approach it. Despite the sometimes confusing interface, players should have no trouble learning the basics and getting their base up and running. Halcyon 6: Starbase Commander is available on Steam for a reasonable $19.99, or 15% off through September 15th.