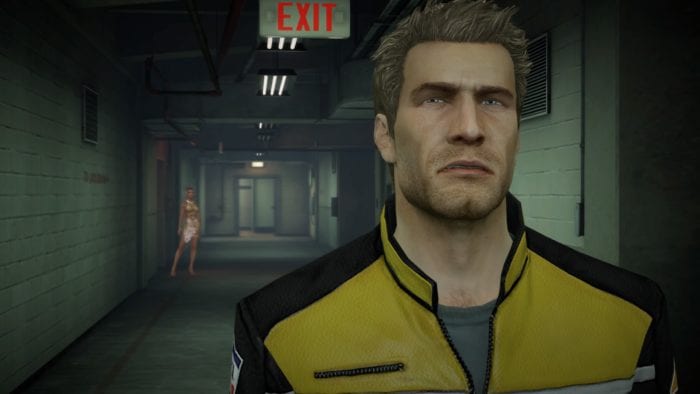 The Dead Rising Triple Pack comes bundled with Dead Rising, Dead Rising 2, and Dead Rising 2: Off The Record. It’s a bit of a shame that the Xbox One exclusive Dead Rising 3 didn’t make it into the collection, though I suppose that’s to be expected, considering the fact that Microsoft helped fund the development of that particular entry. That said, the three games offered here will provide you with many hours of zombie-slaying fun.

The big thing to note here is that the Triple Pack doesn’t come with any supplementary material or previously released DLCs. It’s just the three base games, presented in 1080p and 60 frames per second. Nothing more. There’s no ‘making of’ video to check out here, and no exclusive content to speak of. It’s even stranger when you realize that the previously released DLCs for the game, Case Zero and Case West, aren’t included here either. While those two cases were exclusive to the Xbox Live Arcade at the time of release, their stories are still pretty crucial if you really want to get a complete picture of what’s going on in the Dead Rising universe. You’ll still have a lot of fun with Frank and Chuck in the base games, but the omission of Case Zero and Case West is more than a little disappointing, especially for PS3 fans who never got a chance to check those out.

For the most part, the visual upgrades are pretty nice here. Dead Rising 2 and Off The Record look particularly shiny, as these are the more modern games of the bunch, and the improvement in frame rate certainly helps when you’re facing off against hordes of zombies at once. The original Dead Rising, on the other hand, is looking a little rough around the edges. The first game hasn’t aged particularly well, though I will say that the 60fps makes the title feel a lot smoother than I remember. It might not be pretty, but at least it’s still very much playable.

With the Dead Rising Triple Pack only coming with the three original games and not much else, there really isn’t anything new to say about this collection. Frank West is still as sharp-tongued as ever, and it’s definitely a joy to jump back into Willamette and Fortune City with nothing but a spiked bat and cartons of orange juice at your side. The gameplay is simple (hit Square to attack, hold Square for a stronger attack), and mowing down hundreds of zombies with an electric wheelchair still feels as morbidly satisfying as ever.

Now, this is the part where I say, if you’ve never played the Dead Rising games, then go ahead, you’re in for a treat. However, I should warn potential buyers that the PS4 version of the Dead Rising Triple Pack is a little bit of a mess at the moment, especially Dead Rising 2 and Off The Record. While my PS4 was able to run Dead Rising with no issue at all, the other two games tended to get stuck on the Capcom copyright screen, and simply not load up the game at all. I was able to get both games working after a few tries, but whenever they did work, I ended up having to wait up to a minute for the Capcom logo to fade away and bring up the game’s main menu screen. Right now, quitting out of Dead Rising 2 and Off The Record feels like a risk because you don’t know if the game will run properly on the PS4 the next time you want to play it. There don’t seem to be any issues with the Xbox One and PC versions of the game, but if you’re planning on getting this collection on PS4, this is something you should definitely be aware of.

Overall, the Dead Rising Triple Pack is still a great value bundle for newcomers to the series, though returning fans will certainly be disappointed with how barebones the collection is. Well, unless playing the Dead Rising games at 1080p and 60fps has always been a lifelong dream of yours, then yeah, you’ll probably still have a nice time with it.