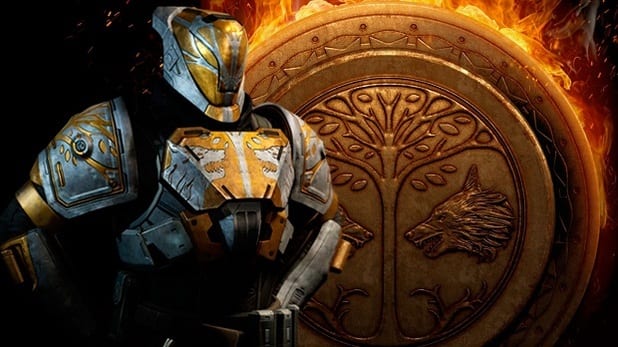 Tomorrow marks the release of Destiny: Rise of Iron, which pits Guardians against the Fallen, boosted by a deadly techno-virus. As is the case with all adventures in this universe, fans are looking forward to it, and one fan went the extra mile by dancing around town while dressed as Lord Saladin, a key figure in the expansion. Sadly, his fire axe wasn’t included, but given this guy’s sick moves, it’s probably for the best of everyone in the near vicinity.

The excellent cosplay and video comes courtesy of Daniel Edlin and Jon Cortez. Even though it’s a short video (man, this needs an entire line of dancing Guardians), it gets across the feeling that people are going to have tomorrow on the way home to play Destiny: Rise of Iron. Unless, of course, you’re playing on last gen consoles like ol’ Lord Saladin here. C’mon, man, get with the times.

Attention also goes to the University of Oklahoma for letting them film a cosplayer dancing around class and campus. If you’re wondering what time it’ll open up for you digitally, we’ve got you covered.