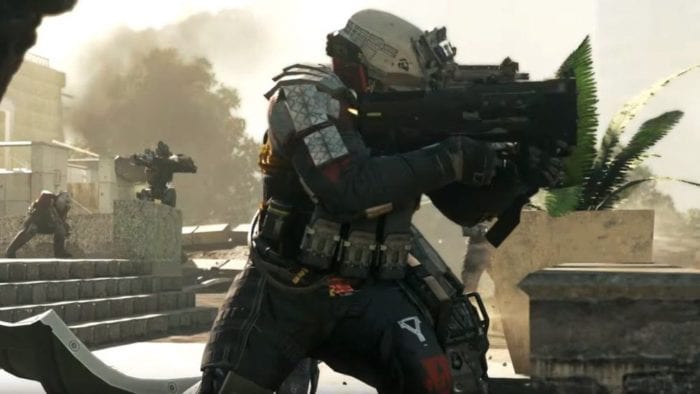 If you like listening to video game music on vinyl, you’ll be pleased to hear that Infinity Ward and iam8bit will be teaming up to give the treatment to Call of Duty: Infinite Warfare. The soundtrack, composed by Sarah Schachner (best known for her work on 2015’s Assassin’s Creed Unity), will come on two LP picture discs and come with a digital copy of the soundtrack as well. When the album begins to ship, that’s when you’ll receive your digital copy. There are only 3,000 copies available, so go ahead and pre-order here. They’re expected to ship later this year.

Schachner, in an interview with Game Informer back in June, described the music as “capturing the loneliness in space and the burdens of war…It’s not a traditional score by any means. We wanted to do something different than the typical epic orchestral action sound.”

Infinity Ward’s announcement follows the recent news of Undertale, Broken Age, and Psychonauts‘ soundtracks going to vinyl as well. iam8bit is handling those versions as well. Tomorrow, the multiplayer portion of their shooter will finally be revealed, along with more details on their Zombies in Spaceland mode.

Call of Duty: Infinite Warfare comes to the PS4, Xbox One, and PC on Nov. 4.