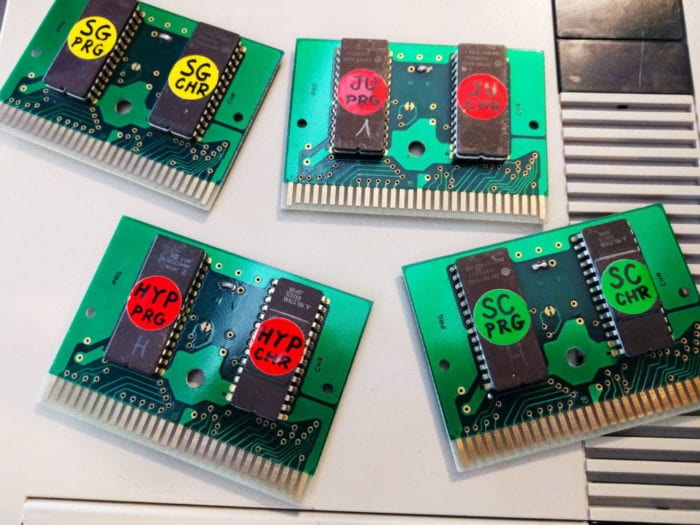 These days, it is still very common to see vintage video game stores buying and selling old cartridge-based games, be it from the NES, SNES, or Nintendo 64 era. Some retro titles are harder to find than others, but they are still out there. Recently, however, a Yahoo Auctions seller was auctioning off some even rarer Nintendo Entertainment System cartridges that were seemingly off the cutting room floor of Nintendo’s storied history in game development.

Among the cartridges, each of which without the typical NES cartridge design, is an NES game called Joust. Joust could originally be seen in arcades, and later on the NES and Atari systems. However, while the official NES release wasn’t until 1987, the cartridge displayed in the auction is labeled as being manufactured in 1984, meaning this version may have different content than what was seen on the 1987 NES release, or even the arcade version.

Also among these cartridges was a Super Mario Bros. cartridge. While the differences between the final version of the game and the cartridge in the auction aren’t completely discussed, one difference involves the scrolling of text on-screen. This is opposed to the final cut, of course, where this does not happen.

Gaming history seems to become more and more storied as time goes on, and this is yet another chapter in Nintendo’s. However, this also signifies that there may be a lot content that Nintendo has never released or is desperately trying to keep secret. Either way, it is always fun to hear of the little things that never make it to the public eye.