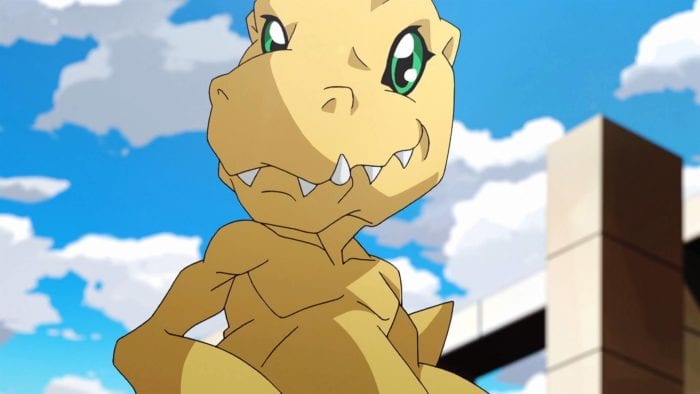 Digimon Adventure Tri.- Chapter 1: Reunion will receive a revamp featuring an English voice cast to introduce it to American audiences. Toei Animation have revealed that the original series’ main character Tai Kamiya will once again be voiced by the returning Joshua Seth, among several others making a comeback to voice their respective characters.

The likes of Mona Marshall, Colleen O’Shaugnessey and Tom Fahn will voice Izzy Izumi, Soura Takenouchi and Agumon respectively. The initial cast will also include Kirk Thornton as Garurumon, Dave Mallow as Angemon, Melodee Spevack as voicing Birdramon, whilst Jeff Nimoy will voice both Tentomon and Kabuterimon and Philece Sampler will reprise her role as Mimi Tachikawa.

Taking place a few years after the Digimon Adventure 2 series, Digimon Adventure Tri.- Chapter 1 follows the aftermath of the warring factions as time continues to pass following the gates to the Digital World being closed. The English-dubbed Digimon feature is the first since 2000, with the reprising cast being joined by voice actors from prestigious animations such as Pokémon, One Punch Man, Dragonball and Naruto.

“The Reunion in the film’s title has meaning in both the real and fictional world of Digimon as we are delighted the original cast will be reprising their iconic roles,” Toei Animation Inc president Masoyuki Endo stated. “After the film’s resounding theatrical success in Japan, we wanted to create something special for our American fans and we could think of no better way to do that than to team up with the best English cast possible.”

The event will take place for one night only in over 400 US theaters on Sept. 15 later this year. Participating theaters can be found here.