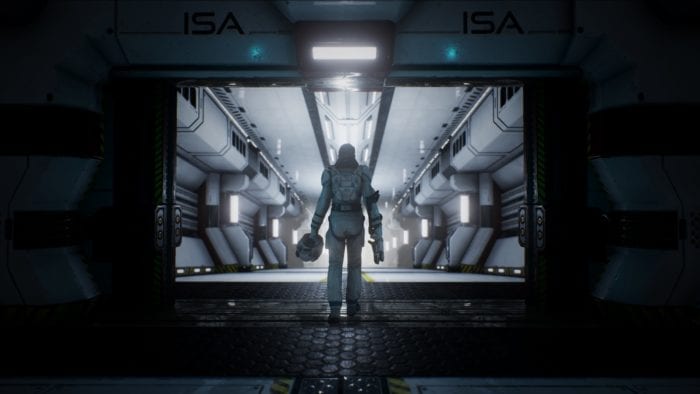 The Turing Test on Xbox One

From the very start, The Turing Test feels familiar. Other than the two high-profile films that have tackled themes of computer sentience and what it means to be human in the past year, The Turing Test is a puzzle game with a palpable passion at its core.

Every puzzle in The Turing Test feels like it was made with a sincere love and respect for the Portal series, as well as a clear recognition of what made those games so special. You play as Ava Turing, a space engineer part of a team stationed on Mars. After she is abruptly awoken from a two year cryo-sleep by the station’s omnipresent AI assistant, TOM, Ava must venture into the Saturn station (which has mysteriously been refitted to a series of puzzles) to find her missing crew.

Your main point of interaction with the world is via Ava’s multi-tool, which can grab and store balls of energy that can be transferred between slotted conduits in the world. When powered, these conduits power almost every door, switch, conveyor belt, and elevator that makes up the game’s puzzles.

Many puzzles, especially the early ones, revolve around moving and directing power to certain places to make the right doors open at the right time. There’s a satisfying frenetic feel to the way the multi-tool operates. Everything about movement and the puzzle design is very clear and snappy, which makes what could be frustrating moments of confusion much easier to swallow. 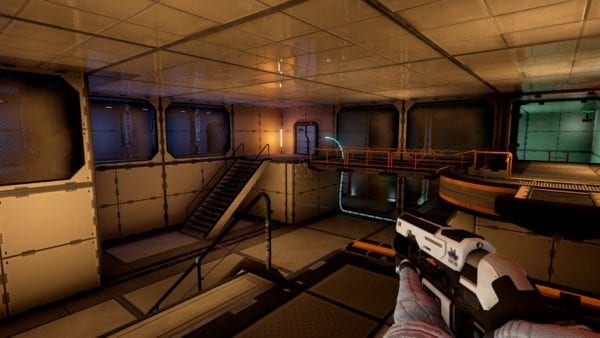 The Turing Test feels like it wants you to get the “trick” to each puzzle room, and wow, there really is a unique aspect to each and every one. At times, a room’s solution can feel similar to one in the past, but it’ll have been long enough to forget, and you’ll feel silly for not finding it sooner.

So, yes, you have all of the makings of a great Portal-like; gun-like tool with unique powers, trusty computer AI companion, and the therapeutic pace of room-by-room environmental puzzle solving. But The Turing Test doesn’t rest on the laurels of its inspiration. The game begins breaking the molds of player expectation the farther you progress, and later chapters mix up the gameplay in fundamental ways.

It’d be far too much to give away in a review, but seriously, The Turing Test feels like a completely different game by the time you’ve reached the final chapters. This is most definitely true when it comes to the content of the puzzles, but equally so in narrative terms. One of the game’s strongest aspects is the lingering mystery as the rooms get solved. The game has an incredibly strong first and second act, even if the third act’s puzzles dragged on a lot longer than the remaining story had any room for.

Suffice to say, The Turing Test doesn’t just let its story simmer in the background as simply a reason for there to be puzzles. By the time the first hour is up, you’re just as much in it for the mystery as the next cleverly designed obstacle. Some of the most fascinating parts of the game are found in optional side rooms that lie in-between puzzle rooms. These rooms were often the most trippy and interesting of the bunch (one of them had the game’s single most effective moment of “okay, really, what the hell is even happening?!”). 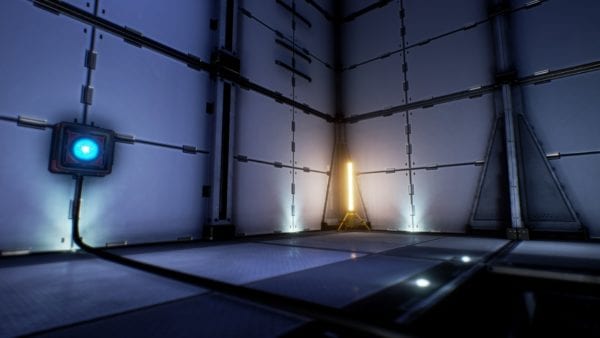 Everything about The Turing Test is artistically sound (and very beautiful, in certain spots), but there’s a consistent amount of cringe with some of the game’s voice acting; except for the two main roles of TOM and Ava, which are noticeably better than the cast of supporting characters heard mostly through found audio logs.

But aside from some minor instances of dropped frames and a single hard crash to dashboard, The Turing Test feels incredibly well made, right down to the rigidity of its puzzle design (in my darkest moments, I tried to cheat my way through a difficult solution, and it never worked). The puzzle design never felt exhausted in my six hour playthrough, and it’s because the game keeps devising unique ways to utilize a similar set of tools.

The Turing Test is an absolute marvel of intelligent puzzle design that makes you feel amazing for conquering it. You can feel an intense love for the specific brand of room-by-room puzzling at every corner here.

And with a fascinating narrative that explores themes few games have ever touched, you’ll be constantly enthralled by the philosophical debates between a human and an AI just as often as you’ll be frustrated by a puzzle for designing around the simple solution you had in your head.