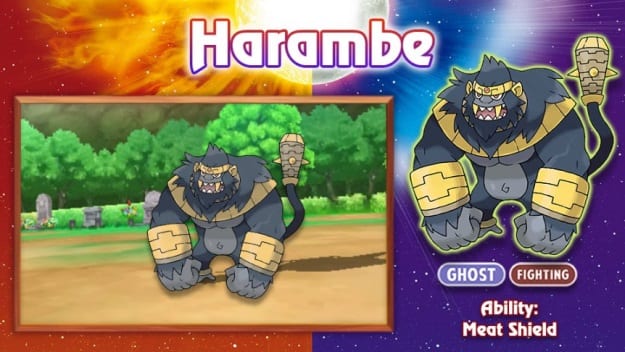 A change.org petition started by someone going by Eric “CreamyMemes” is seeking to convince Nintendo and The Pokémon Company to add Harambe the gorilla to the game’s roster has cleared 30,000 signatures as of publication time.

The Internet went into a deep spiral of sadness and anger in May when Harambe had to be shot by and killed by Cincinnati Zoo employees after a three-year-old boy fell into his enclosure. It was a tragic death for Harambe, a 17-year-old primate, and a terrifying scare for the boy’s mother as his life appeared to be in danger when Harambe picked him up and violently dragged him around before zoo employees made the difficult decision to put the gorilla down.

Eric told BuzzFeed he was inspired to start the petition to make Harambe a Pokémon when he spotted the fan art accompanying this story. He stumbled upon the image on Facebook, where he runs his eponymous Eric CreamyMemes page full of, well, memes. When he saw Harambe in Pokémon form he thought it “would be really cool if that actually happened.”

The joke image was created by Twitter user @RealShigeruM, who, despite the name, is most certainly not the real Shigeru Miyamoto. The parody account used character art from Pokémon Sage, a page for fan-made Pokémon, and took the concept far enough to dub it Harambe, name devolved versions Hambo and Himham, and give him the special abilities “Meat Shield” and — wait for it — “Dicks Out.” Yeah.

Though it’s a safe bet that the actual real Shigeru Miyamoto’s company is not going to release a Pokémon character with a genital-themed ability, there’s no telling how Nintendo would feel about a more E-for-Everyone take on Harambe in their popular series. Eric is determined to find out.

“Having Harambe immortalized as a Pokémon would be great,” he said. “Not only for me, but for everyone who has been on this Harambe train ever since his passing.”