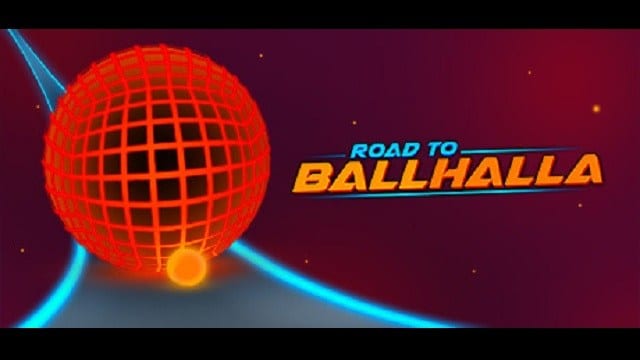 Road to Ballhalla on PC

It’s always interesting to see the ways that puzzle games can be infused with some life. Road to Ballhalla, a simple marble-rolling game from developer Torched Hill, packs a surprising number of things into its simple design. There’s elements of humor, rhythm, and problem-solving mixed into what could otherwise be a dull experience. Let’s take a look at how all of these pieces fit together, and how well they blend to create a unique and challenging experience.

Road to Ballhalla is, at its core, a very simple game. Players will use their keyboard or gamepad to guide a marble through a series of twists and turns, avoiding deadly traps and other obstacles as they try to get from point A to point B. The game’s soothing electronic soundtrack is synced to the playing field itself, with most of the game’s hazards pulsing or activating in time with the methodical rhythm. It creates a seamless overall feel that suits the gameplay incredibly well.

Play in Road to Ballhalla is broken up in multiple ways. Each new area consists of five challenges for players to take on. Unlocking further areas means performing well during each challenge, both by collecting glowing orbs and by reaching the end with minimal respawns used. Players will need a combination of precision movement and expert timing in order to proceed, and each new challenge may bring with it all-new obstacles to overcome.

The first few levels of Road to Ballhalla exist to give players a sense of what they’re in for. Walls along the outside edge of the course keep your marble from falling off into the void, but don’t expect the hand-holding to last long. The walls soon disappear, and players are left to fend for themselves amid the sea of damaging floor tiles, deadly lasers, and much more. Along the way, puns and “advice” from the game’s creators push players to be the best ball they can be.

In addition to its series of traps, Road to Ballhalla throws plenty of other hazards at players. Invisible pathways weave through open pits, and shifting perspectives throw your sense of direction out the window as you roll on towards victory. The game’s pulsing soundtrack is perhaps the only constant, aside from the ever-present threat of failure.

Suffice it to say, despite the elegant design and tight controls, Road to Ballhalla is not a game for everyone. It’s an unforgiving experience, and players will almost certainly taste the sting of repeated failure. Though there are some gentler levels to introduce everything, the difficulty curve ramps up sharply past the first area, and only continues to climb. This is not a game for the easily frustrated, nor for those who are looking for a relaxing way to while away some time.

Despite the punishing difficulty, Road to Ballhalla just has that special something that can keep players coming back. A sleek visual design, a fantastic supporting soundtrack, and clever puns and gentle mocking of your failures all come together to make something that’s as fun as it is frustrating. If you’re in the market for a captivating challenge, Road to Ballhalla can be picked up for $14.99 on Steam, with a 10% discount through August 12th.