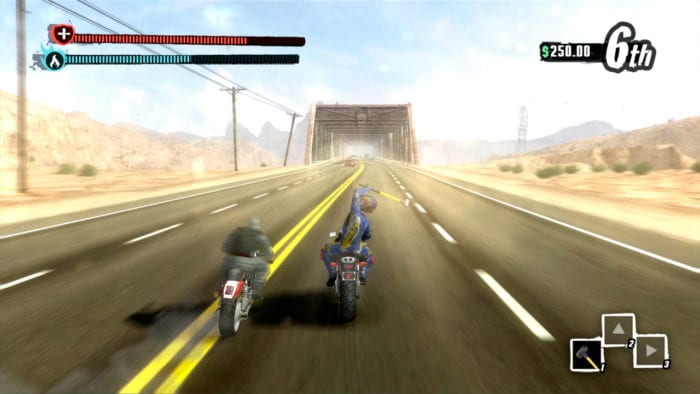 Road Redemption, the motorcycle action game currently being developed by Dark Seas Interactive, has received a delay to its initially planned release date of October 15th this year, after the severe flooding in Louisiana has affected the studio’s homes and property.

Jason Tate, the studio’s co-founder, shared an image of his home alongside a statement explaining how the team – who are based in the New Orleans and Baton Rouge areas – have been affected by the floods.

Luckily, Paul Fish – another developer at the studio – confirmed in an email to PC Gamer that “everyone is safe, and only property has been damaged.”

In a statement, Ian Fish of Dark Seas Interactive said that “We hope to have the whole team back to work on Road Redemption as quickly as possible but right now our priority is making sure that everyone on the team, and their families, have a safe place to stay. We hope that all of our fans will support us in these tragic circumstances, and if they’d like to help they can visit www.braf.org to make a donation.”

Road Redemption, which was crowdfunded by fans on Kickstarter in 2014, has now been pushed back to a November launch of this year.

We wish all of the team at Dark Seas Interactive the very best at this time.