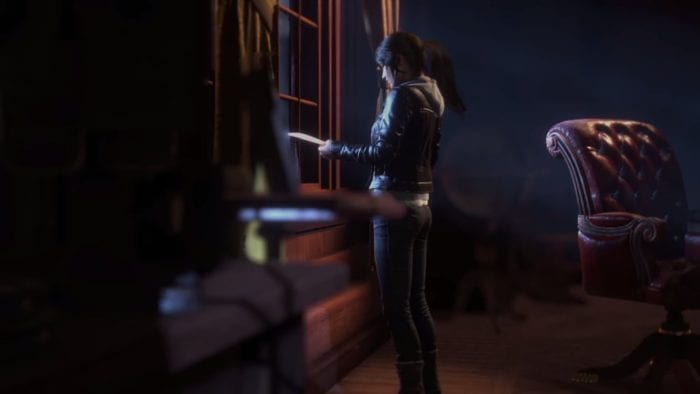 Last year’s Rise of the Tomb Raider is still going strong, as it receives new DLC this fall along with a PlayStation 4 version. A new trailer released today for the “Blood Ties” DLC shows Lara Croft exploring a dark and abandoned Croft manor, before entering a nightmare and battling zombies.

This year marks the 20th anniversary of Tomb Raider, something that Square Enix is taking advantage of by calling 2016, “The Year of Tomb Raider.” The new Blood Ties DLC, coming on October 11, has over an hour of new story where Lara has to prove she’s the rightful heir to Croft Manor in the wake of her father’s death. You’ll get to explore the manor and uncover a few secrets along the way.

Blood Ties also contains a new mode called “Lara’s Nightmare,” where hordes of undead beings have overtaken Croft Manor. You can see both of them in action in the trailer below.

Endurance Mode in Rise of the Tomb Raider will be receiving an update as well adding co-op support, so you and a friend can raid tombs and survive the wilderness. All of the content coming on October 11 will be added to the Season Pass for Rise of the Tomb Raider, and anyone that already purchased the pass will receive everything for free.