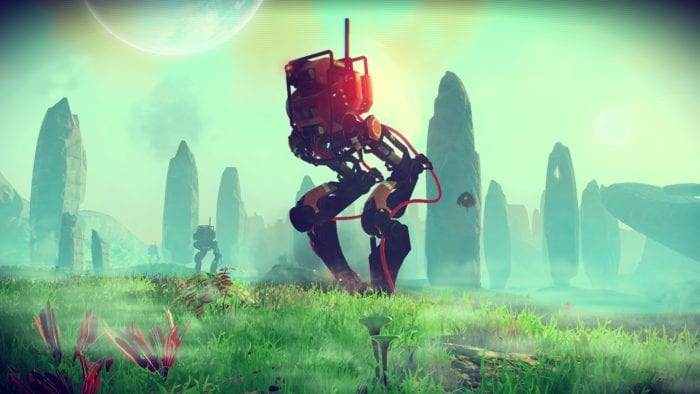 Thanks to its 18,446,744,073,709,551,616 procedurally generated planets, we’re nowhere close to seeing all of No Man’s Sky. While thousands of players get lost in Hello Games’ massive simulation universe, one Redditor has gone ahead and compared its size to that of another famous “infinite” game: Minecraft.

User hcrld thought it would be fun to match up the two behemoth titles, comparing the number of blocks in a standard Minecraft world to the number of planets in No Man’s Sky. Needless to say, it’s gonna get a little mathy in here.

Though a Minecraft world can theoretically go on forever, generating chunk after chunk as you reach its borders, gaming platforms have limits. Back in the pre-Beta 1.8 days, that limit was the Far Lands border, a point in the old Minecraft versions where floating-point errors would accumulate and create a wall. Sort of a glitchy edge of the map.

And now for a mathematical interlude:

So roughly 114 Minecraft worlds would generate as many blocks as there are planets in No Man’s Sky. Let us remember here that No Man’s Sky planets are massive, and Minecraft blocks are 16x16x16 pixels.

Thanks to hcrld for the numbers! And if you’re playing No Man’s Sky, check out our Ultimate Guide filled with everything you need to know.