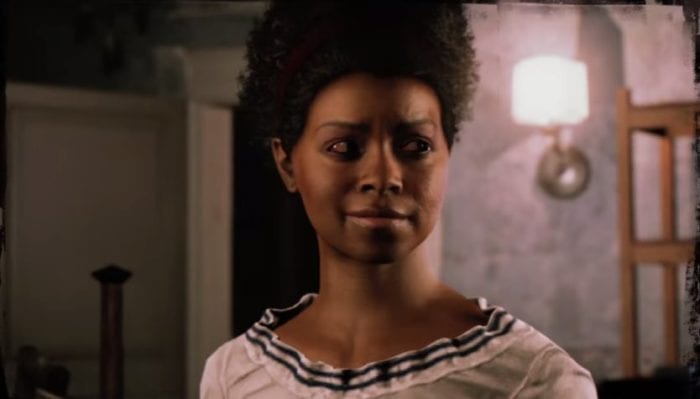 2K first introduced players to Mafia III’s Cassandra at the end of last month, but now 2K Games has released a new video that gives us a deeper look into what makes the character tick.

Otherwise known as “The Voodoo Queen” Cassandra is cast as an uneasy ally of the hero, Lincoln. The two are looking to find a way to forge an alliance against Sal Marcano but there isn’t a lot of trust between the two.

Lincoln doesn’t entirely trust Cassandra because he feels like she could eventually turn on him. Cassandra isn’t entirely sure whether Lincoln has the same overarching goals that she has.

In the video, the writers also share that there are a couple of different aspects to the story taking place while players play the game. There is the goal of becoming a powerful mob boss, but also making sure the community is looked after as the mob war unfolds. Mafia III is slated for release on the Xbox One, the PlayStation 4 and PC on Oct. 7.