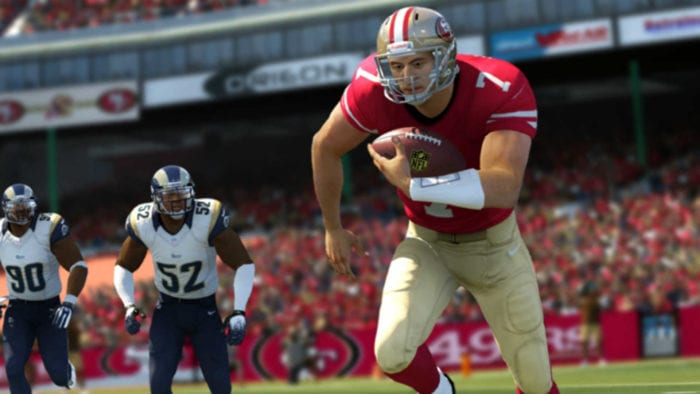 One NFL player has been receiving a lot of attention during the ongoing preseason thanks to a certain decision. San Francisco 49ers Quarterback Colin Kaerpernick has been at the center of a media storm due to his choice of not standing during the National Anthem before games. He made this decision because of the ongoing issues with race and social injustice in the country. EA Sports has decided to include this ongoing situation in Madden NFL 17 by adding commentary on the matter.

According to a senior publicist speaking with Gamespot, “Kaepernick’s decision will be briefly mentioned in-game, reflecting our commitment to authenticity in Madden NFL 17.” He went on to clear that it wouldn’t change the experience of the game drastically, stating that the primary purpose of in-game commentary will focus on performance, trades, injuries, and other aspects of professional football.

This isn’t completely surprising, though, as EA Sports has always made an effort to keep up with the current NFL season through updates so that players can really feel like their part of the game. Let’s see what else gets added to the game as the season heats up.