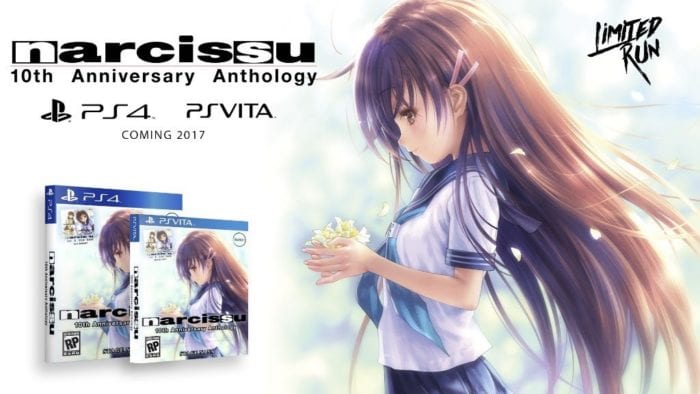 Limited Run Games, the publisher that releases previously digital-only games in a physical format, and Sekai Project have announced at Otakon that Narcissu 10th Anniversary Anthology will be published for PS4 and Vita.

Narcissu is a set of visual novel episodes previously released on Steam. It is about characters who suffer from a terminal illness and how they deal with the struggles of leaving loved ones behind. Sekai Project says in the Steam page for the game, “There are no miracles, no heroes, no villains in this story. Just life and the characters finding their own ways of facing death in an indifferent, relentless, ever-impartial reality.”

Despite the heavy nature of the game, Narcissu has been downloaded over a million times, has a manga and light novel, and has been translated in several languages.

This particular edition from Limited Run Games will include development materials and video footage about the game, according to Visualnoveler’s sum up of Sekai Project’s panel.

Narcissu 10th Anniversary Anthology is scheduled to release for Western territories sometime in 2017 for PS4 and Vita. It will also be getting a digital release.