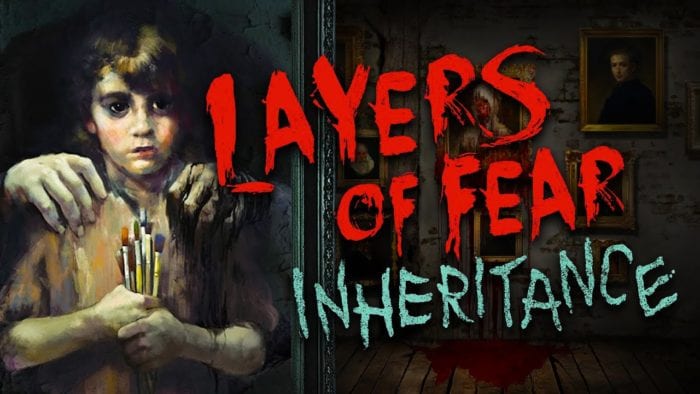 Layers of Fear: Inheritance on PC

When I first reviewed Bloober Team’s art-themed horror title, Layers of Fear, I genuinely enjoyed it. Its disjointed and disorienting approach to gameplay was fresh and interesting, and did things that I hadn’t seen before. Of course, the game ends with quite a few unresolved questions, so I was pretty interested in seeing what was in store for me with the game’s first DLC expansion, Inheritance.

For those unfamiliar, Layers of Fear is a psychological horror game following the mental collapse of a painter, and its effect on his family. Inheritance offers a fresh perspective on the tale, putting players in the role of the painter’s daughter. Returning to her childhood home years after the main story’s events, our new protagonist seeks to uncover the truth of her father’s madness and struggles to cope with her own dark memories of a difficult childhood.

Inheritance, like its predecessor, tells its story in a way that can feel disjointed. Play drifts in and out of flashbacks, creating a solid sense of immersion as you see events from the daughter’s eyes. Much as before, certain objects and rooms tend to trigger specific memories, and the home’s bizarre shifting and twisting returns in full force for several segments. Much of the story focuses on our leading lady’s relationship with her father in her youth, and the abuses she and her mother suffered as he collapsed into utter decay.

Despite the perils of her youth, Inheritance makes it clear that our heroine doesn’t hate her father. While reliving a painful past, she remains focused not on trying to push her memories away, but to truly understand what unfolded that broke her family apart. By delving through the decrepit home, she seems to be seeking some kind of reason behind her father’s madness, and may even be searching for a way to find forgiveness for his cruelty.

For those familiar with Layers of Fear, Inheritance follows well behind the primary story. A fresh perspective does a lot to peel away at the clearly-distorted view of events presented from the painter’s own mind, and there’s quite a bit of exposition that dives into things you’ve already seen. Several all-new pieces of the story also play in, of course, especially focused around the painter’s relationship with his daughter, and his desire to see her flourish as an artist in her own right.

Putting it simply, if you enjoyed Layers of Fear and wanted more, Inheritance is exactly what you’re hoping for. It’s a touch on the short side, but makes up for this a bit by presenting three possible endings. Filling in the entire tale is still a puzzle, but completing each of these gives some great insight into the primary title’s own workings. If you already own Layers of Fear, Inheritance is a nice low $4.99 add-on through Steam, or if you’re new to it, you can pick up the set for $22.99, shaving a couple dollars off of the price of each bought separately.