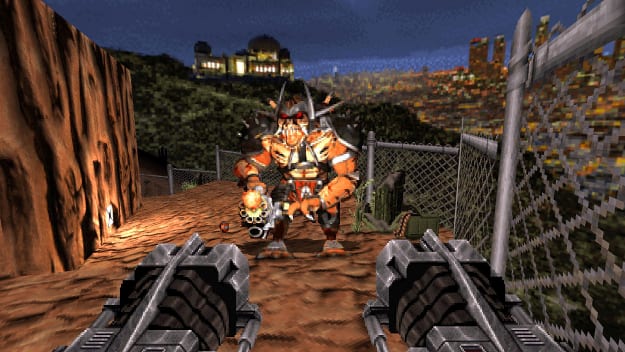 Gearbox has been counting down to something related to Duke Nukem over the past few days, and now, we may know exactly what it is. According to a post on Reddit, the countdown will be leading up to the reveal of 3D World Tour, a remaster (or remix, since new content is said to be added in, such as online co-op and multiplayer) of the third game in the series. The thread further states that the game in question will be developed by Nerve Software, and has a healthy stream of screenshots to further prove this, which we have down below.

The original Duke Nukem 3D first released in its official version in January 20 years. Several editions of the game have released since then on the PC, PS3, Vita, Xbox 360, and Android. It wouldn’t entirely be surprising if a remaster existed, given that Gearbox head Randy Pitchford has said before that he wanted to make another entry in the series with a fellow developer. Guess we’ll find out if the rumor is true at PAX next weekend.