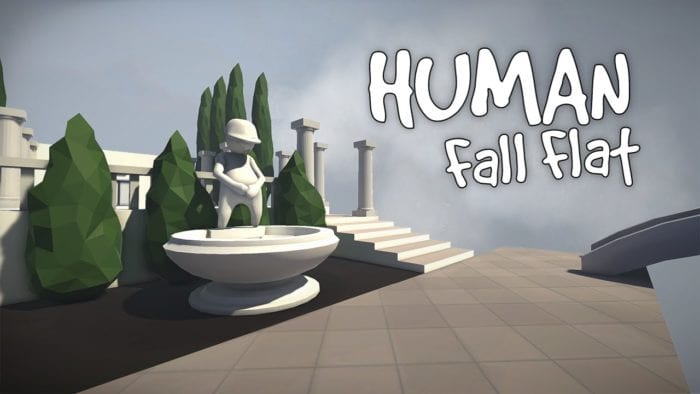 Physics-based puzzle games have been a staple of the video game landscape for years. Human: Fall Flat is a third-person adventure-style take on the genre. Players control Bob, the largely formless and unremarkable “hero” of our story. As Bob, you’ll have to overcome obstacles, solve puzzles, and work with the environments to get through each of the game’s dreamlike levels. Your only opponent is physics itself, which Bob certainly hasn’t mastered just yet.

Human: Fall Flat isn’t a game that’s filled with overly complex puzzles. Rather, it puts relatively simple tasks in front of its players, but makes them difficult to complete. Fighting against the game’s ragdoll physics engine, players must guide Bob through the challenges ahead using only his feet and hands. Moving Bob around is pretty simple, but the game’s true genius is in the independent use of each of of Bob’s hands to keep things moving.

You may wonder what, exactly, independent use of Bob’s hands means for Human: Fall Flat’s gameplay. Let me explain. Bob’s got a basic ability to move around, and perform short jumps. Other than that, his two hands are capable of gripping any object or surface, and each is controlled by its own input. This means that players can grab objects two-handed, or pull multiple objects together, depending on the current situation.

Trying to describe Human: Fall Flat is, perhaps, a bit awkward without examples. Take, for instance, a portion involving a catapult that Bob must use to take down a wall. Players will have to fight against physics to spin a wheel to get the catapult’s launcher into position. Then, grab a stone or two and load them up. Finally, pulling a lever will release the tension, sending the stones flying. You can even help Bob clamber into the catapult himself, flinging himself through the now-open area.

The puzzles in Human: Fall Flat aren’t especially tough to figure out, but getting Bob and the other parts of the game’s world to agree upon the solution can be tricky. I’ll freely admit, there were moments of frustration that I encountered as I tried to guide the hapless Bob through each level. Fortunately, the game allows and even encourages looking for alternative paths and solutions, and almost any obstacle has multiple approaches that can be used to overcome it.

All in all, Human: Fall Flat is a sometimes frustrating and often fun experience. With split-screen multiplayer available, you can even enjoy the struggle with a friend as you try to waddle your way to victory. While the controls seem difficult and silly, a good portion of the game’s charm comes from watching the bumbling Bob fail at rudimentary tasks, then turn around and accomplish something great. The game is available on Steam for a fair $14.99.