Grow Up on PS4

Grow Up is a sequel that nobody really saw coming. Early last year, Grow Home impressed the hell out of us with its small scale fun and the bumbling charm of B.U.D., but it didn’t feel like a game that begged for a follow-up.

But, here we are with Grow Up, which takes every mechanic from its predecessor and says, “Let’s do more of that, but bigger.” This time around, B.U.D.’s M.O.M. ship has crash landed on a new planet with its various pieces scattered around in need of collecting and rebuilding.

The main conceit is simple and familiar from the first game, but it’s really all you need to kick-start your adventure. What Grow Up really brings to the table is a far-expanded tool set and a larger world to explore. B.U.D. can now scan any new planet he finds and then grow plants at his leisure. Most of the plants serve the function of propelling or pushing B.U.D. around the world, which is especially handy when the game’s molasses-speed climbing is bringing you down. 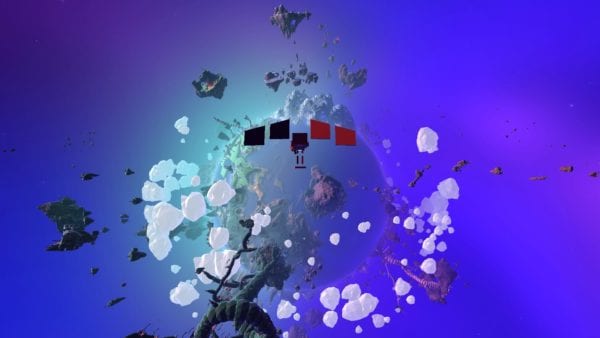 Other than a few more small upgrades, like B.U.D.’s new ball form for speed traversal, Grow Up is a very similar game to Grow Home, and that’s a good thing.

Returning also are the Starfruit plants that must be rodeo-ed into floating cliffs to grow the main vine. These sections are as enjoyable as ever, but don’t feel as needed with the game’s more open-world nature this time around. They felt like side quests, as opposed to the very focused goals of Grow Home.

That sentiment is compatible with most of Grow Up. You never have one focused goal, like Grow Home’s conceit of “keep climbing up.” Instead, the entire planet is littered with smaller conquests of climbing, platforming, and never-ending collectible crystals. The game is best enjoyed when just wondering around and taking on a dedicated task when it makes sense.

The addition of P.O.D. (B.U.D.’s satellite friend who takes on the role of the in-game map) is great, as they’ll often point out nearby ship parts or power-ups around the player. Being able to take on one thing at a time prevents getting overwhelmed, which feels possible in a world with zero direction.

Everything that was fun in Grow Home is still fun here, including the simple charm of climbing one grasp at a time. But at the same time, the novelty of the game’s physics-based platforming is definitely diminished, especially when similar issues from the last game rear their head in Grow Up. I would still find myself occasionally falling from a handhold for no reason, a bug that feels far less excusable when the consequence of falling can often be an extra five minutes spent climbing back up to where you were. There’s an undeniable thrill to free-climbing at amazing heights, but that thrill just deforms to frustration when you unfairly fall back to the surface. 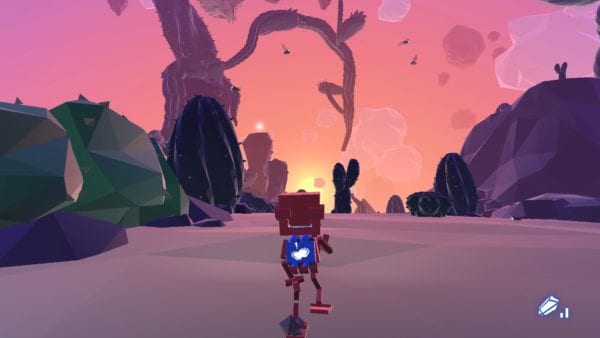 The other larger issue in the game is one that didn’t feel like a big deal in Grow Home, but is made one in Grow Up. The optional P.O.D. challenges put B.U.D.’s flying and platforming skills to the test, having to jump through hoops in the allotted time. Some of these are mostly entirely unbearable, because Grow Up’s bumbling physics almost guarantee something will go wrong, no matter how careful you’re being. The game’s mechanics are great and charming at a casual pace, but don’t have the precision needed for a fair time trial.

You can “finish” Grow Up in a few short hours, but it’s a really a game that begs to be completed 100%. Aside from the 40 P.O.D. challenges, there’s also 150 crystals embedded in terrain that can be collected for upgrades to B.U.D.’s battery power and jetpack, which mostly serve to make flying around looking for MORE crystals less of a hassle. It’s busy work, but therapeutic busy work accompanied by some beautiful world design and the cuteness of robotic beeps and boops.

The best sequels improve from its predecessors in every important way, and this is sometimes true in Grow Up, but it’s mostly more of the same in a bigger space. That isn’t a bad thing, because it’s a ton of fun, but I was left with a sense of finality for B.U.D. and friends. It’s a wonderful thing that we live in a world in which Grow Home gets its big sequel, and we have one more great game because of it.