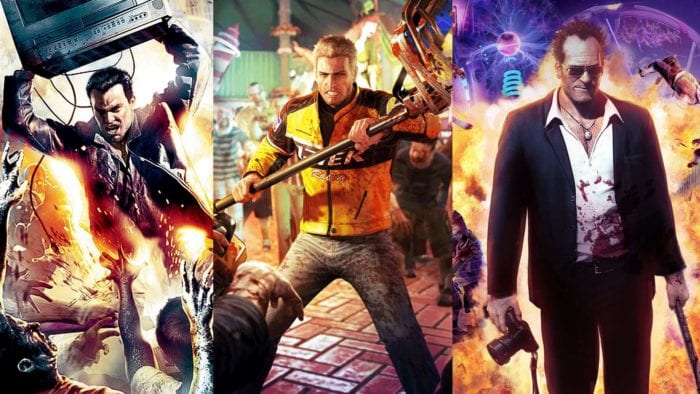 Just in time for the tenth anniversary of the zombie-carnage franchise, the Dead Rising Triple Pack will release this fall. Featuring remastered versions of Dead Rising, Dead Rising 2 and Dead Rising 2 Off the Record, the Triple pack will be available digitally Sept. 13 on PS4, Xbox One, and PC.

The first game will also be available for retail purchase on consoles, followed by the sequel on Sept. 27. The games promise upgraded 1080p graphics, along with a targeted 60 frames per second.

“We love the series, and like Dead Rising fans the world over, can’t wait to get our hands on these updated versions,” Capcom Vancouver’s Jeffery Simpson states in a post on the PlayStation Blog.

“With 10 years of zombie expertise under our belt, we are looking forward to introducing a new generation… What a time to be undead!”

The Triple Pack is now available for pre-order on all three platforms. Pre-ordering will allow you to pick up all three games for $49.99 USD, 16% off the normal price. To see for yourself how the remasters will look, be sure to check out the pile of screenshots Capcom released last month.