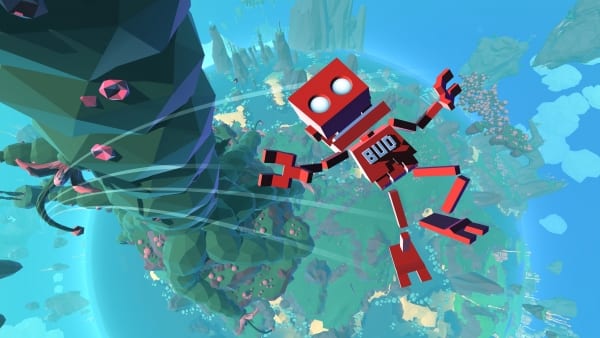 Grow Up, Ubisoft’s adventure platform game featuring that cute red robot released this week, but many players are having problems with the game opening up. Well, you’re in luck, as we might have found a fix to get you playing.

When we tried to open Grow Up on PS4, we found that the game kept freezing at the title screen that appears as a game is loading up. No matter how many times we redownloaded and reopened the game, we couldn’t get any further, not even to the main menu screen. However, when we took our PS4 offline, we suddenly found that the game would load up beyond this point and we made it to the main menu of the game.

If you’re having the issue, it may be worth trying to take your console offline, too. We can’t guarantee it’ll fix the issue for you, but it’s the best advice we can offer for now. We’ll be sure to keep you updated if and when a proper fix is announced.

Have you been struggling with loading Grow Up? If you’ve found a way to fix it, share it in the comments below.