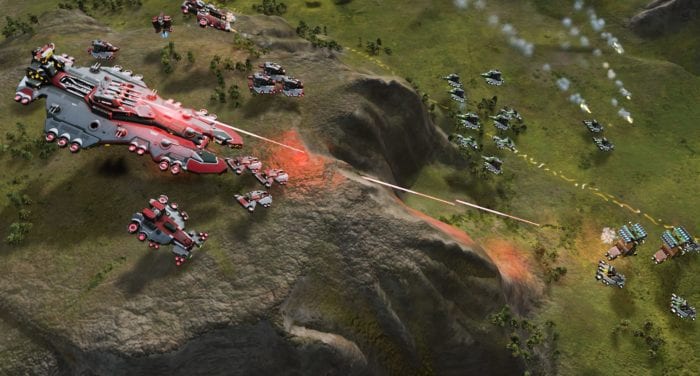 If you thought StarCraft II didn’t have enough units involved to play-out a realistic future war, well you ought to try out Ashes of the Singularity. It’s one of the lead deals in GMG’s Round 5 of their 2016 Summer Sale titled “Get Tactical”. Now through tomorrow Thursday, July 28 at 9AM Pacific – the game will for the first time ever drop below the $20 mark to $16.99.

Ashes isn’t the only big name on sale in GMG’s new round of discounts. Over 250 traditional strategy and tactical thinking first person games are up to 90% off. Other big names on sale include the Portal series, Civilization V, and Kerbal Space Program. Our personal favorite in the list is Cities: Skylines on sale at $11.99. While the city builder game has been slightly cheaper in the past, the game has been hovering around the $12 price point when on sale and at 40% off, you’re still receiving significant savings for hours of fun.

We have a full breakdown of all the deals here or check out the top deals below.

The sale has a bit of a catch. Clicking through to the sale will display public discounts, but to see the best discounts listed above you’ll need to be logged in or create an account (something you’ll need to do to checkout anyhow). If these deals are expired because you’re reading this on Thursday, fear not – the deals will make a return Friday morning during GMG’s encore phase – which will last through the entire weekend until the morning of August 1st.