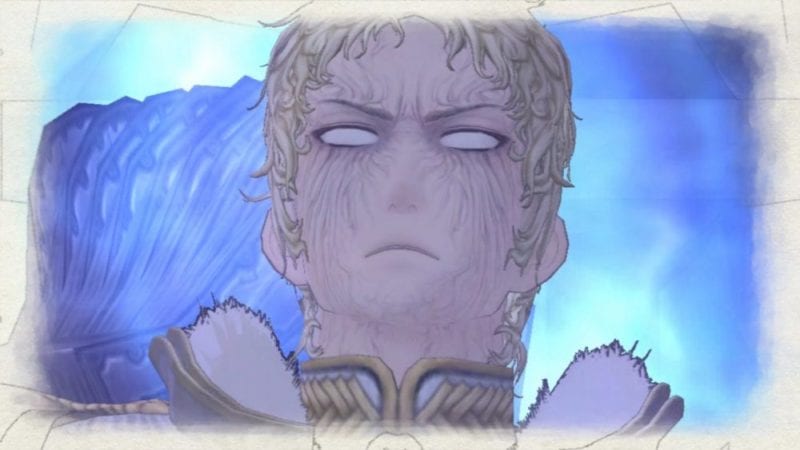 Maximilian is the final boss you’ll face in Valkyria Chronicles. The toughest part of this fight is simply getting close to him without having all your troops get shot to death before reaching him, but you should be able to close in on Maximilian with a few hardened Shocktroopers and the Edelweiss. For this fight, try to get your troops up to level 18 at the very least. Royal weapons aren’t needed, but will definitely give you an advantage here. Also, don’t forget to bring Alicia and Rosie with you for extra CP on your turns.

First, you’ll definitely want two lancers to take out the towers on the left and right sides of the map. If you don’t know already, Largo and Jann are pretty much the best lancers in the game, and will be perfect for taking them out. Be sure to save your game before taking the shot so you can do a quick reload to save your turns. After that, you’ll need to take out the rear tower in the distance. A good sniper should do the trick. The snipers have more accuracy than the Lancers, so you should be able to take it out with one good shot, but be sure to save your game again just in case.

If you don’t have good snipers, scouts will do the trick as well, but it will require Welkin to issue a few orders. Alicia is the best scout for this job, as she has the Resist Crossfire potential. Slapping on a Defense Boost order on her won’t hurt too. Have Alicia cross the map until you’re right in front of the tower, and then have her aim at the tower’s weak spot. Her Undodgeable Shot potential should trigger as well, ensuring you the kill.

After this, it’s time to take on Maximilian. I recommend sending in your best shocktroopers to get the job done – Rosie and Vyse are great choices because of their potentials. Remember to have Welkin issue the Defense Boost order on Vyse before approaching. Rosie’s Strong-Willed potential should trigger, allowing her to survive the assault. Try to get behind Maximilian before shooting, and your troops will be able to take cover behind the very short flight of stairs leading to the platform he’s standing on. With any luck, Vyse’s Super Damage potential will trigger too, allowing you to deal more damage to Maximilian.

Once the boss goes into berserk mode, you should have enough HP to get around him once more with your shocktroopers to continue hurting him. If for some reason, your shocktroopers aren’t able to survive the assault, you can also use the Edelweiss to move forward and provide additional cover, though you might need to bring an engineer to make repairs, and this will cost you more turns.