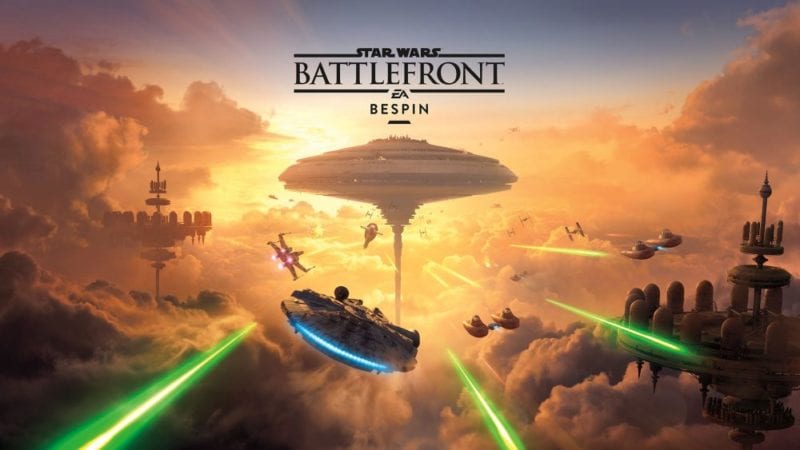 Today on the game’s official website, EA revealed some new details regarding Star Wars: Battlefront’s next big expansion, Bespin, as well as a release date. The Lando Callrisian and Dengar-focused expansion will come out on June 21 for season pass holders, and will be available to everybody else two weeks later.

The Bespin expansion takes players “to the sky,” and features a new cloud car vehicle to drive through the content’s two new maps, Cloud City and Administrator’s Palace. There will also be two new blasters to add to the game’s limited armory, the new X-8 Night Sniper and EE-4 blaster. Both Lando and Dengar will be playable heroes, the latter of which will wield the DLT-19 heavy blaster (the first hero character in the game to do so). Lando will use a handheld blaster (pictured below), and it sounds like he’ll play similarly to Han Solo, with a few possible twists.

The post promises more details on new Star Wars: Battlefront blasters, maps, and star cards moving forward, but it’s likely that is all we’ll be getting from the Bespin expansion. What do you think of the new content?