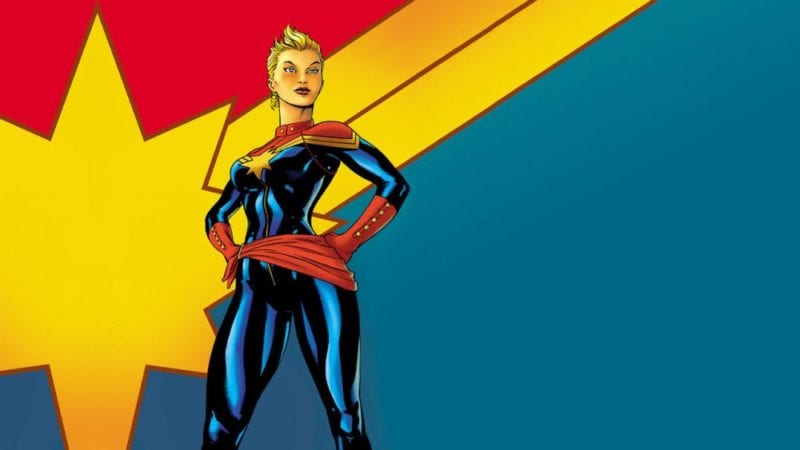 Brie Larson, who recently took home the Oscar for Best Actress for her work in Room, is reportedly the frontrunner to star in Captain Marvel, an intergalactic superhero who will be apart of the Marvel Cinematic Universe.

Variety earlier today reported, per an unnamed source, Larson is the first choice for Captain Marvel, and the actress herself is reportedly keen on taking the role.

Captain Marvel’s solo film is due out on March 8th, 2019, but, in a recent interview part of the press tour for Captain America: Civil War, the Russo Bros. all-but-confirmed the superhero will make her introduction in Avengers: Infinity War. Infinity War is due to begin filming in early 2017, so it looks like the studio really wants to introduce Captain Marvel in Infinity War, similar to how Spider-Man was introduced into the MCU a la Captain America: Civil War.

Elizabeth Wood, who received a Grand Jury Prize nomination at Sundance for her independent film White Girl, is rumored to be a top contender to direct the film. Nicole Perlman, best known for co-writing Guardians of the Galaxy with the film’s director James Gunn, and Meg LeFauve, an Academy Award-nominee for her work on Inside Out, are co-writing the film’s script.

Are you excited for Captain Marvel? Who do you think would make a great Carol Danvers? Let us know in the comments below!