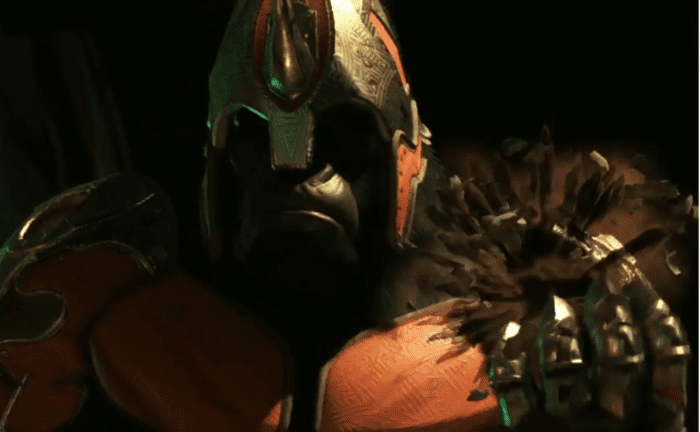 You probably just saw the trailer for Injustice 2, that new superhero game where the good guys are fighting each other instead of the bad guys. During the trailer, you can see a giant gorilla who wants “Aquaman’s head on a platter” (his words) and also seems to have some sort of psychic powers. That, friend, is Gorilla Grodd, a monkey who was experimented on and given psychic abilities. In most continuities, he’s not a nice guy; sometimes he just escapes from the lab that created him and forces humans to work for him, or he assembles a gorilla army to take back the planet from us homo sapiens.

It all sounds crazy, because it is, but the release of the trailer and the popularity of Blizzard’s Overwatch have helped us realize something important. Namely, that Winston, the monkey super scientist in Blizzard’s hero shooter, is what Grodd could’ve been. Like Grodd, Winston was experimented on, though his circumstances were much different than the DC primate’s. Winston grew up on a moon colony filled with other superintelligent monkeys who later revolted and are currently in the middle of an uprising filled with monkey moon mayhem (try saying that five times fast). He managed to escape the uprising, took a shuttle back to Earth, and became a member of the peacekeeping task force Overwatch.

For all you conspiracy theorists, you could look at Winston as a Gorilla Grodd from the multiverse. DC has multiple universes where some heroes are villains and vice versa, so it wouldn’t be all that difficult to go “oh hey, Winston is what Grodd is like with some TLC, no psychic powers, and a hatred for humans”. Of course, it’s unlikely that this’ll be anything more than a happy accident…unless Blizzard and Netherrealm can work something out for Injustice 2 where Winston is a skin.