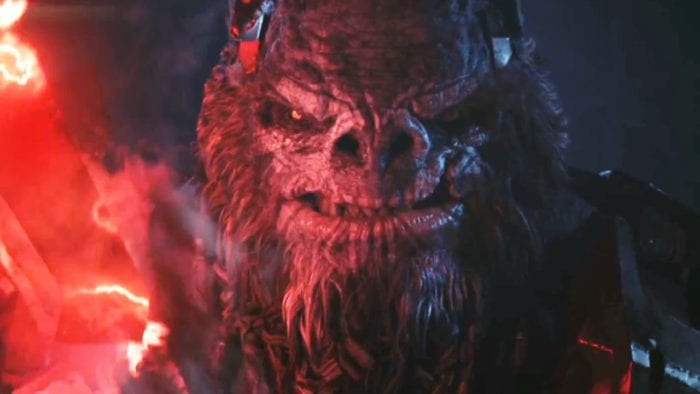 The RTS genre is arguably the most uninviting genre in all of video games. Not only do they often require high level thinking and knowledge of sound strategy, there’s often little slack for new players to mess up without getting punished. They are games that require you to spin multiple plates at once and if you’re APM (actions per minute)  is abysmal, expect to get slaughtered.

Halo Wars 2, like its predecessor before it is dedicated to breaking down these barriers to entry and making a RTS for everyone. The Halo Wars 2 team has their work cut out for them. After having an opportunity to hear from the developers themselves their grand visions for Halo Wars 2 (especially in regards to bringing in newcomers), and then getting hands-on with its domination game mode, I saw with my own eyes that clearly making a RTS for everyone is easier said than done.

Domination is one of Halo Wars planned game modes. Unlike traditional RTS game modes that usually task you with completely annihilating the opposing team, Domination is about holding and controlling key stronghold points.

At E3 2016, there were two teams of three set up with their starter stronghold across a big map. At first you need to get a small army going and moving across to start controlling nearby neutral camps, before gathering a larger army in order to mount a riskier attack on enemy strongholds.

Using the Xbox One controller, it was difficult to micro/manage my base back at home and my army engaged with enemies. Paying attention to what your enemy is using and lining up the appropriate counter unit is incredibly important for success in Halo Wars 2, and pretty much all RTS games. So ideally, I’d like to be finessing my units in battle as best I can while simultaneously creating new units back at home based on what I’m seeing in battle. Remember RTS is about plate spinning and multi-tasking.

The Xbox One controller does an OK  job of filling in, but nothing can replace the precision and speed that a mouse has when it comes to selecting/moving units and moving across a mini-map. That said, at least everyone on the Xbox One will be in the same boat, so balance issues won’t be a problem. Considering I have experience with RTS games on PC though, it’s hard to willingly handicap myself, even if it’s a fair fight.

I have to keep reminding myself: this is a RTS for everyone. That’s the whole point of Halo Wars 2. There are going to be a ton of people who buy this game when it releases next February just because it has the Halo name slapped on. Many of them will have never played a RTS game in their entire life. What is 343i doing for these people?

Well for starters, Domination is a game type that many FPS fans are familiar with. This basic premise is just getting on the point. That holds true here too and specifically in this case, it’s just about building some units and moving them over across the map to the enemies’ base and hope you blow it up and replace it with one of your own. It’s a concept that people can wrap their heads around.

Once your strongholds are set up, you need to work together with your teammate to make sure you’re defending your bases and keeping some offensive pressure on, especially if you’re behind and need to catch up. At home is where you can (and should) be creating the right units to react to what you’re seeing in-play from the other team. Both the Brutes and Human forces have a lot of different unit types with their own niches. Units could be strong or weak against infantry, air units, and they themselves need to consider their own defensive weaknesses. Compound this with leader skills and things could get overwhelming quickly. Luckily, 343i does make this more palatable by straight up listing each unit’s strength and weaknesses.

On the other hand, for the hardcore RTS fans that choose/need to stay on the Xbox One version, there are some short cuts available to help. The bumpers can be used as a select all local/select all army hotkey. The four directional buttons can have pre-selected units mapped to them for easy access later on. Considering the issue I was having with wanting to see both my base and my army at the same time, it was helpful to be able to select my entire army across my two camps, move them in the general direction of my teammates which were working on taking down another base, so that way I could focus on what units I wanted to produce.

Domination overall seems like a game type that can work. The map is big and there are a lot of points to take. It would be really hard for a team to effectively defend all of their points at once, which should hopefully lead to some exciting back and forth gameplay.This is good news for people who want to see new players come in, like what they see, and stick around in order to build a community.

RTS games can get extremely frustrating quickly if you’re constantly getting annihilated. Halo Wars 2 seems to have a slower pace (you have some time to catch your breath unlike a fast-paced game like Starcraft 2) and a game mode with Domination that doesn’t put so much pressure on one person. You can imagine someone new taking baby steps by first focusing on just at least protecting their own bases, and then slowly moving further out on the map when they are ready.

Halo Wars 2 is also designed to be as visually appealing in regards to action as possible to make the inevitable FPS Halo fan that stumbles onto this game feel like they are at home. Tanks shoot massive shells, flame-wielding infantry envelop entire unit groups in flames, and bases explode quite spectacularly. It’s not what is ultimately going to make the game succeed or fail, but it’s a nice touch either way.

I do believe that Halo Wars 2 can be a RTS for everyone. However there’s just no getting around that RTS on consoles are still a challenge that no one has been able to figure out yet. Based on what we played, Halo Wars 2 still doesn’t fix that problem, but it’s still a decent effort. I’d be interested to see how much quicker and intense high level play will be on PC as compared to Xbox One. For now, let’s hope that 343i continues to find new ways to make their RTS for everyone vision a reality.