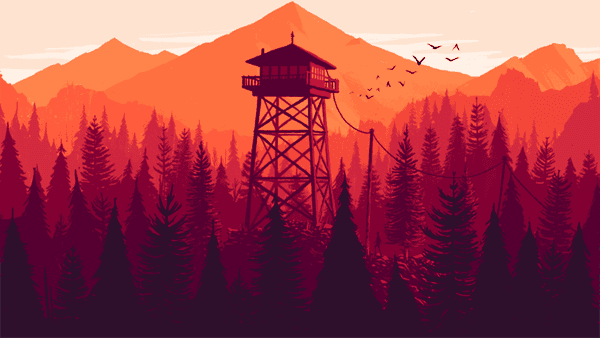 When Firewatch was first revealed, it was highly praised for having a gorgeous and striking art style. Clearly, the Ford dealership in Massachusetts recognizes its beauty as well.

As you can see from Twitter user Panic’s tweet below, Ford recently used a Firewatch image in a promotional poster for the dealership’s Freedom sales event. The dealership’s usage of the image was unauthorized, and Campo Santo’s Sean Vanaman also took to Twitter to point out that the image was clearly stolen from them.

Come on down to the Quirk Ford Freedom Sales event where ur free from such things as "copyright" and "infringement!" https://t.co/78HMQdyJqy

Game Informer managed to speak with a rep from Quirk Ford of Quincy, Massachusetts, and it was found out that while the ad didn’t get a nationwide distribution, it was sent out to Massachusetts, which contains a pretty sizeable population. When speaking to the rep, he admitted that the group did not have “has no copyright vetting or clearance process,” which is likely the reason why the issue of stolen artwork has come up.

‘Before hanging up on us, Western admitted that the group has no copyright vetting or clearance process. I forwarded him both the ad image, which he admitted his company sent to a large number of potential customers in the area. I also sent the original, which Western says he did not recognize.

“I guess that whoever made the email blast must have grabbed it from the website or something,” he says. When asked what the process for sourcing artwork is, he hung up on me.’