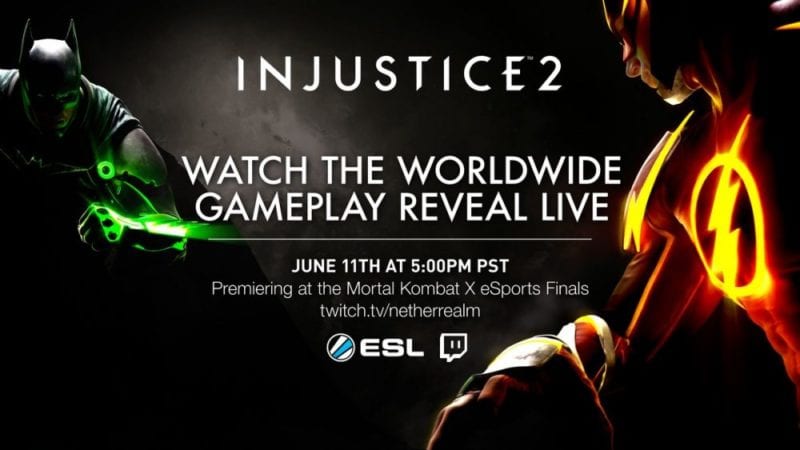 Gorilla Grodd is no ordinary beast. He’s a mutated, hyper-intelligent gorilla with telekinetic abilities who uses his intellect and natural brute strength to dominate any enemy he comes across. All men bend to his will as he controls their every move. As he addresses Batman from across the screen, you can see the cockiness in his eyes because he just knows that no mere man could hope to survive him. This Batman is different, though. Not only is he the wise detective that comic fans have grown to admire, he just acquired some brand new gear from his last match making him able to punch it out with the best of them. That was my introduction to Injustice 2, and it opened up a world of possibility as I glimpsed the evolution of fighting.

Injustice 2 has a brand new focus. Don’t worry, you’ll still be able to choose from a plethora of heroes and villains from the DC universe, including Gorilla Grodd, Atrocitus, and Super Girl. However, thanks to a brand new RPG system being implemented into the game, each of these characters will be your very own. You are not using just any old character, Injustice 2 uses those solely as a base, giving you the power to mold them as you see fit.

As you complete matches, win or lose, you will earn gear and, in some cases, new moves and abilities. Going into the demo I wasn’t sure if these would be general rewards that all characters could use, yet I was pleased to discover that each character has their own specific reward table that is filled with literally hundreds of different items to choose from. The best part? None of them are just cosmetic, each new piece of gear adds stats and sometimes even special perks and abilities to your hero. So not only does the appearance of your selected hero change, but potentially a portion of their move set as well. They can become more defensive, offensive, ranged, or a combination of all.

Each hero has multiple slots to equip gear in too: Head, chest, arms, belt, and legs. Some have an extra slot based on their character design, for example, Aquaman also has a slot for his Trident. According to NetherRealm, Injustice 2 introduces this to provide limitless customization to players looking to really leave their mark on these established characters.

This is an idea that sounds great on paper, but there were some reservations among fans on how this could be implemented without fully breaking what makes NetherRealm’s fighting games so great, their level of technicality. Surprisingly, from what I was able to see thus far, each new piece of gear only slightly alters your stats, and there are no sets that just turn you into an unstoppable beast. Instead, mixing and matching allows you to fine tune your specific playstyle instead of powering you up. It’s much more about playing your way instead of gaining overwhelming power. As long as the developers can manage to maintain this system as they add new gear and characters, there is nothing to be worried about.

The action of Injustice 2 was improved as well. Returning characters still have the same basic fighting styles they had before, but combat is now quicker and smoother. Enhancements to the stages allow for more interactions and the stage transitions are even larger spectacles. It was interesting watching the newer combatants interact with the world, relying on strength and speed to get the upper hand.

NetherRealm has managed to keep the core of Injustice and build on the systems behind it, rather than change the solid gameplay that fans quickly gravitated towards. The RPG mechanics look like something that may very well breathe a much longer life into the series as everyone forms their own personal bond with their favorite characters. Going in I felt like these were too many different systems that shouldn’t work together, yet as I came away, I was left wondering why it hadn’t been done in this way before.

I only enjoyed a small taste of what Injustice 2 has to offer, but it left a lasting impression. Fans of the first should definitely keep this one on their radar.