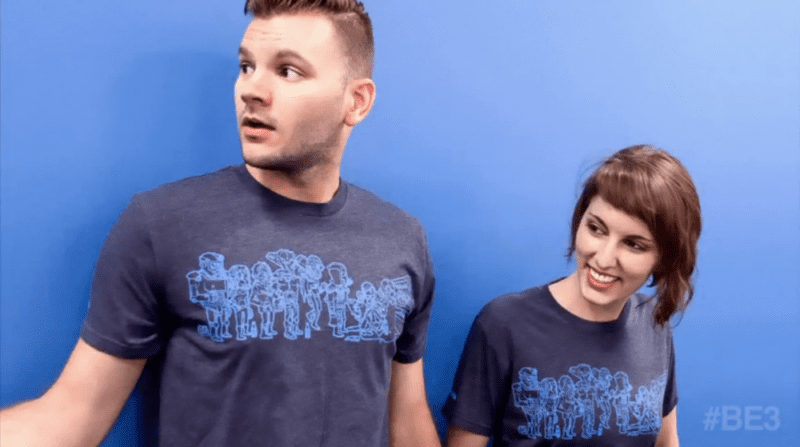 Even the mighty Bethesda is not immune to having an awkward moment here and there. While there were a few issues, such as the Elder Scrolls: Legends trailer dropping out of their main Twitch stream or the actual lack of newly announced titles, we could hardly ignore the anti-climactic ending Bethesda gave. Normally, you want to end a press conference on a strong announcement or trailer to get everyone talking about your content, yet Bethesda decided to awkwardly end it by showing off the Collector’s Edition of Dishonored 2 and… some free t-shirts. Well, free if you were actually at the conference, otherwise, you had to stick around for the after-show to hopefully win one.

Yes, the shirt does look awesome, but ending on a that does not exactly bring the hype. Ending on either the new Skyrim: Special Edition or even just the Dishonored 2 Gameplay Trailer would have been enough.  Typically, the last thing shown at a conference will be what everyone is talking about, so making it a free t-shirt is really nothing special.

While we were teased with the hopes of a new Wolfenstein, or even the unlikely prospect of an Evil Within 2, we really only had two new announcements. Though this sour note is certainly not enough to diminish the impressive amount of new content for our favorite titles, it didn’t really help. Plus, did you guys see how amazing that new Skyrim trailer looked?! We might need to go watch it one, two, or a dozen more times just to make sure it’s in fact, real.

What did you think of Bethesda’s Conference? Did you win one of their exclusive shirts? Let us know in the comments!