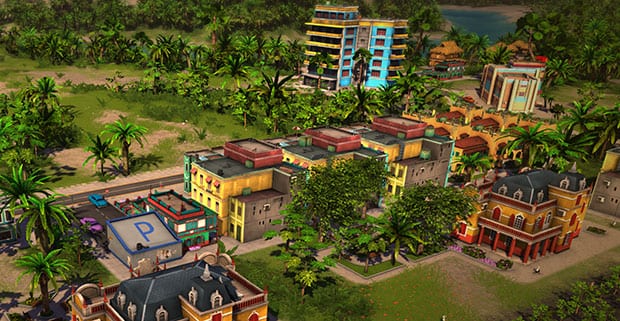 Tropico 5 will have you starting off as a colonial ruler. Everything will be simple, people will carry resources on wagons, and there aren’t any foreign powers you need to appease except the Crown or the Revolutionaries. Eventually, you’ll be able to declare your independence and move on to the next era, but first you’re going to have to complete mission after mission.

Don’t fret, eventually, you will get the notice that you can declare your independence. Once you agree to go $10,000 in debt, you’ll have bought your country’s freedom. Until then, just do all the tasks that pop up, continue through all the missions, and don’t get overtaken by revolutionary rebels or the Crown. The bigger threat is the Crown so make sure to keep adding months to your mandate by completing their missions and opting for that choice. You’ll need time to finally be able to advance to the next age, as well as the technologies. So hop to it and keep on playing.

Eventually, you’ll see that faithful mission to declare your independence. Once you do, don’t forget to pay off your sovereign debt!