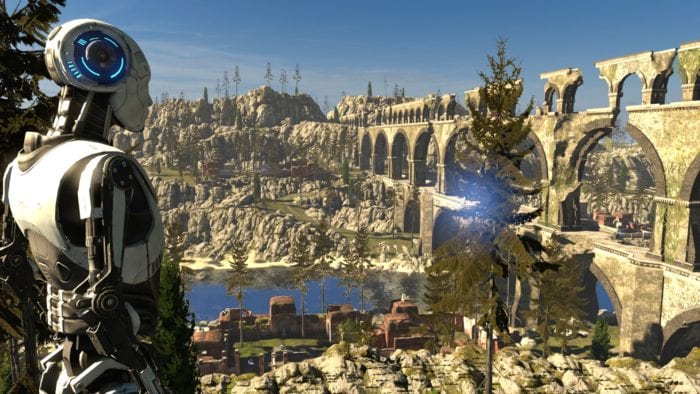 The Talos Principle 2 was announced earlier today during the Nordic Games conference by Croteams Alen Ladavac.

Unfortunately, that’s all we know right now as the news was revealed on Twitter by  Damir Durovic who tweeted the following:

The Talos Principle was originally released for the PC back in Dec 11, 2014 before being ported to the PS4 on Oct 13, 2015. The game is advertised as a philosophical first-person puzzle game and received much critical acclaim such as an average Metacritic score of 85. The Talos Principle also received an expansion called Road to Gehenna which we reviewed back in 2015 and thought that it “serves as a fantastic addition to an already-great game.”

Are you excited to hear that The Talos Principle 2 has been announced? Let us know in the comments below.