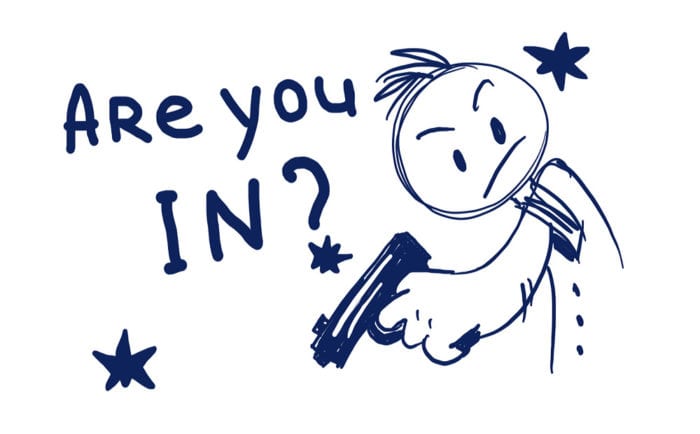 State of Anarchy on PC

I think we all had “those kids” in our classes at school that liked to doodle crude, violent images all over their papers during class. Thanks to developer Andrew Jr. and State of Anarchy, we now know what happens when they graduate. Playing something like a simplified take on the original Grand Theft Auto, this hand-drawn crime spree is basically the natural evolution of those same murderous stick figures, brought to life with minimal effort and maximum mayhem.

State of Anarchy doesn’t waste much time with the likes of story, throwing players straightaway into a violent world where everyone’s out to kill. The gameplay is rudimentary, yet relatively effective for what it sets out to do. Players will guide their bullet-spraying protagonist across the ballpoint-pen landscapes, racking up the body count on their way to complete each stage by taking out the heavy-gunning boss waiting inside a fortified position within a bank. 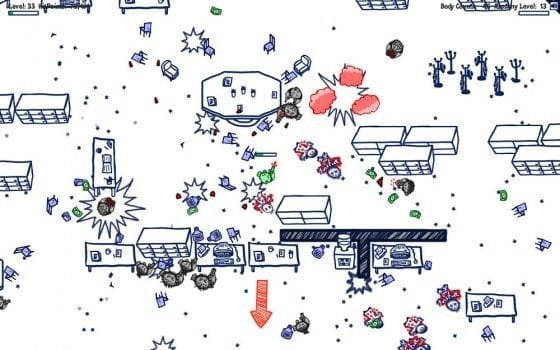 It’s tough for me to really judge State of Anarchy because, while it seems pretty crude and simplistic, it embraces this existence well. There’s no pretense of being anything more than a violent top-down killing spree, and the visual style goes well with the vocal sound effects that accompany it. This isn’t a game that’s trying to be anything more than it is, nor one that feels like it needs to. It is, simply put, a no-frills action title that sees no need to dress itself up in anything fancier.

Despite how well it pulls off the simple approach, State of Anarchy isn’t without some flaws. While your character can level up and obtain new weapons, there’s a strange linear take on the whole thing. Players have no option to use the weapons previously obtained, with each new one replacing the last. New guns are unlocked by defeating each ‘boss’, a repeated identical fight taking place in the center of a very large and densely-populated bank. This repetition begins to grow stale pretty early on, but there’s nothing demanding that players tackle each new stage in any particular timeframe. 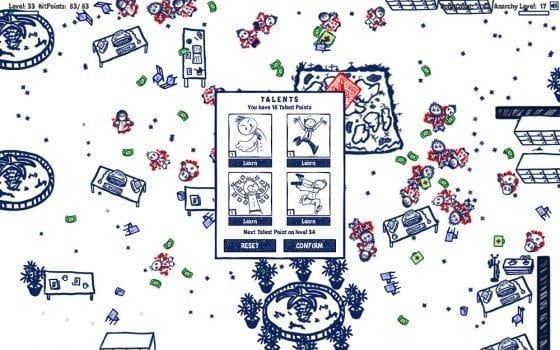 In addition to unlocking new weapons, clearing each stage in State of Anarchy also allows players to spend any talent points they’ve earned by leveling up since the last one. Players can spend each point on increased health, running speed, fire rate, or health regeneration. For me, the obvious choice was to go hard on regeneration, but with lengthy healing time hard to find among the swarms of increasingly-powerful enemies, others may find that this is not the best path.

All in all, State of Anarchy may not bring much to the table. Since it’s not trying to be anything more than it is, though, it’s hard to hold that against it. It would be a tough recommendation at higher pricing, but the $0.99 buy-in on Steam is pretty palatable. Don’t expect to get hours of interesting play here, but so long as you know what you’re in for, it can be a pretty enjoyable break from more seriously-minded games that provides some reasonably-priced fun.