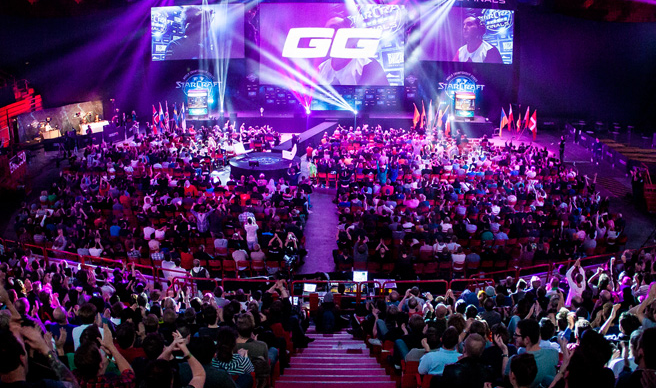 The tournament, which took place at Dreamhack Open: Tours over the weekend was a bumpy one. Not only competitively, but technically, as the stream went down multiple times over the course of the weekend. By the end of play on Sunday though, the final four was set: Polt vs. Nerchio and ShoWTimE vs Masa. ShoWTimE and Nerchio were both able to easily sweep through their opponents, setting up the perfect Grand Finals match up.

Nerchio was able to hang on though by taking advantage of a map that is seen by many to favor Zerg, Prion Terraces. Despite some successful early Oracle attacks by ShoWTimE, Nerchio was able to push a huge Queen/Zergling army straight up the middle of the map at around the six minute mark to take out ShoWTimE’s third base. Nerchio played it safe and retreated the army which did give ShoWTimE enough time to recover. However that attack gave Nerchio the slight advantage he needed to eventually get a sizable enough army of Roaches, Ravagers, Lurkers and Hydralisks to take down ShoWTimE and force a Game 7.

The final game took place on arguably the most unpopular and least played map in the current ladder season, Korhal Carnage Knockout, which of course, just added to the drama. ShoWTimE opened with some Phoenix harass on Nerchio’s Overlords while preparing a massive Adept army push equipped with Resonating Glaves at the 7:00 minute mark. When the attack arrived, the Phoenixes handled Nerchio’s Queens masterfully with Graviton Beam while the Adepts absolutely demolished Nerchio’s Drones and Hydralisks. That push proved to be too much, and it was enough to secure ShoWTimE’s 2016 Spring WCS victory in Tours, France.

Under Blizzard’s reformatted 2016 World Championship Series format, the winners of the WCS Circuit Championships receive automatic bids into the WCS Global Playoffs at BlizzCon in November. ShoWTimE after winning the Spring WCS in Tours, France, becomes the first non-Korean to clinch a spot this year and will join fellow qualifiers Dark, Polt, and Zest. You can view the full results of the Spring WCS right here.