In my uncomfortably high number of years in the gaming world, I’ve probably found myself drawn more to RPGs than to any other genre. From Dragon Warrior on the NES through the Squaresoft boom of the mid-90s and on through today, it’s been the one that I always come back to when I need something to really sink myself into. This makes it especially frustrating when I come across one that falls short of being great. Unfortunately, that was the sense I was left with while playing Outrage. 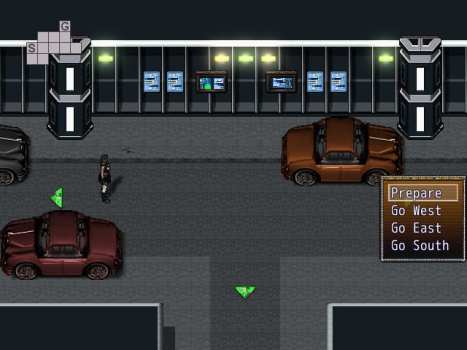 With its dark, cyberpunk-inspired aesthetic, Outrage reminds me somewhat of 1993’s Shadowrun title. Rather than the more active style, though, this game adheres to a more traditional turn-based play. Featuring a reasonable cast of characters, I think it’s natural to expect that you’ll find some diversity and choice, but unfortunately the primary purpose of this diversity seems to rest solely on a few unique abilities scattered among the game’s would-be heroes.

If the first shortcoming of Outrage is its bland characters, differentiated mostly by stiffly-written descriptions, the close second is its world. If a person were to imagine the most generic form of cyberpunk, built entirely on elements that have become cliche since the advent of the genre, this would likely be the result. This is not, on its own, something that can’t be looked past. When the soulless story about a generic, faceless corporate enemy is also paired with the game’s poor writing, it becomes an issue.

That’s not to say that Outrage has no good points. Fans of turn-based combat with a touch of strategic backbone may well enjoy the battles, though there are certainly more refined and interesting takes on this. A decent list of equipment and items do make for a number of approaches to this aspect of the game, but ultimately still fail to create a particularly compelling experience that stands out from the crowd.

As I said, it’s difficult to really pin down what makes Outrage feel like it’s just not a very good game. The foundation seems almost solid enough, but everything about the game is a miasma of mediocrity. The one saving grace could have been its story, but without any real meat to it, the string of half-formed points become incoherent. Somewhere under the bland writing, there’s a so-called plot waiting to tell you something about the evil of the corporations, but it’s lost in the din. 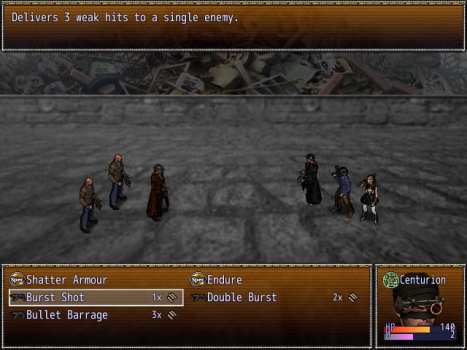 To be fair, it seems that the developers over at Astronomic know that they’re not exactly hitting a home run with Outrage. By slapping on a $3.99 price via Steam, they’ve created a fair, low-risk buy in that makes players more likely to jump in and see for themselves rather than being turned away by the (plentiful) negative reviews that adorn the page. Even for that price, though, there’s certainly better options available among the multitude of Steam titles.