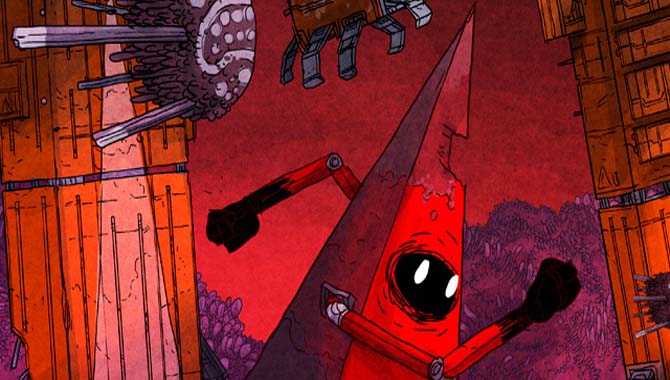 On Rusty Trails on PC

It’s difficult, in the modern day, to really put together entirely original ideas in the platformer genre. On Rusty Trails, aware of this, doesn’t bring much that’s new or innovative to the table. Instead, it relies on precise execution of concepts that players are already familiar with. By shying away from complicated new ideas, this deceptively complex title builds a wonderfully designed world of puzzles and lightning-fast reactions to create a fun and challenging experience.

On Rusty Trails follows the tale of Elvis, a metallic creature in a world of dichotomous existence. After his home is destroyed in a fit of chaotic weather, our triangular traveler sets out, warranty in hand, in search of its replacement. Players will guide Elvis through stage after stage of perilous puzzles and dangerous paths, winding their way through a world divided by its differences. 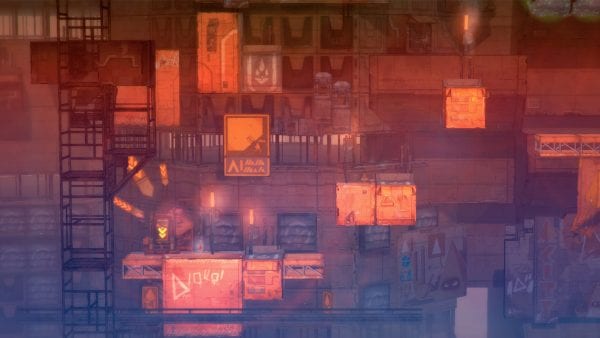 The key to On Rusty Trails’ familiar yet well-designed play is the “Switchy Suit”. Using this, Elvis can transform from his natural rust-prone red state to walk amongst the water-loving blue creatures that are the world’s other half. In addition to offering protection against different environmental threats, changing between forms allows Elvis to walk on different platforms, and players will often have to rapidly swap between the two in order to make progress.

Adding to the unique play, On Rusty Trails does not restrict Elvis to simply walking atop the surfaces that make up the world. Players will guide the homesick hero up walls, across ceilings, and soaring through the air along the way. Keeping a keen eye on the surroundings is a must, as the landscape is as treacherous as it is anything else. Only by mastering the use of the Switchy Suit, along with a healthy dose of trial and error, will players find themselves completing each stage.

On Rusty Trails may not bring any entirely new mechanics to the mix, but what it does bring is a near-perfect use of its pieces. The controls are responsive and precise, and the world reacts quickly to your every move. By focusing on this, the game takes an unremarkable set of tools and uses them to create something remarkable. While the challenges are plenty, it never feels like you’re completely beyond hope nor being cheated out of a chance to succeed. 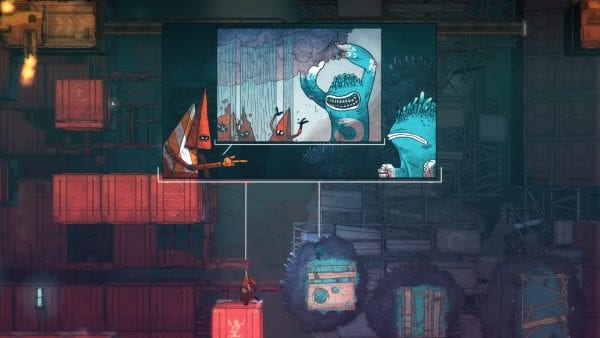 Beyond its beautifully-designed world and crisp gameplay, On Rusty Trails also throws in some story elements. While told through pictures and brief, wordless cutscenes, the tale it tells is still just interesting enough to add to the experience. Woven in between the world’s divisive nature, players will find secrets that belie a deeper plot and a forbidden love between two beings from opposite sides of a treacherous near-war state.

By focusing on the gameplay experience first, On Rusty Trails has put together a rather simple yet cunningly effective game. It may not bring anything wholly new to the table, but the elements are all so well-connected and wonderfully implemented that it stands above. Ahead of the June 13th release on Steam, there’s no pricing information available, but the extensive number of stages and highly-exacting design would feel comfortable anywhere in the range of $15-20.