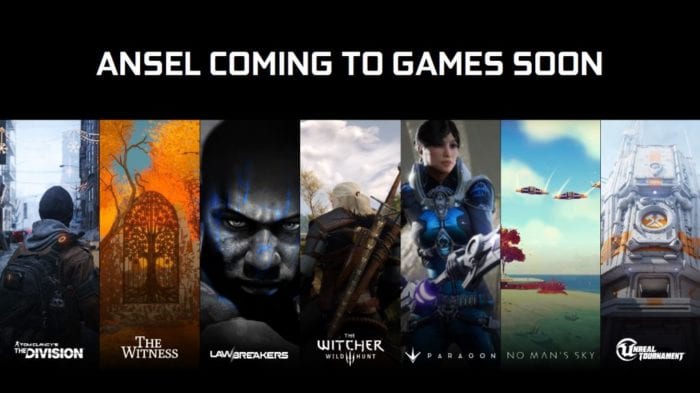 Yesterday, NVIDIA released a blog post which gave us some details on the new revolutionary features they would be bringing to their new game capture software: NVIDIA Ansel.

NVIDIA Ansel allows you to pause time in game so that you can frame a shot from every angle possible by using a Free Camera. The free camera can be adjusted and controlled anywhere in-game, allowing for some unique screenshots. The camera also has a super-resolution of 4.5 Gigapixel, which is the equivalent to being 32 times higher in resolution than your average 1080p monitor. It will also be able to perform a 360-degree capture, which means you can view your content using a PC or VR Headset. You will also be able to use it on NVIDIA VR Viewer, an app developed for Google Cardboard. There’s a ton of more features that this software can do, too.

The NVIDIA Ansel is a gaming photographer’s answer to the video capture software already available. What do you think? Are there any titles you would like to see being used in this software? Let us know in the comment section below!